Home » articles » King Charles: Out Of My Mind – Review 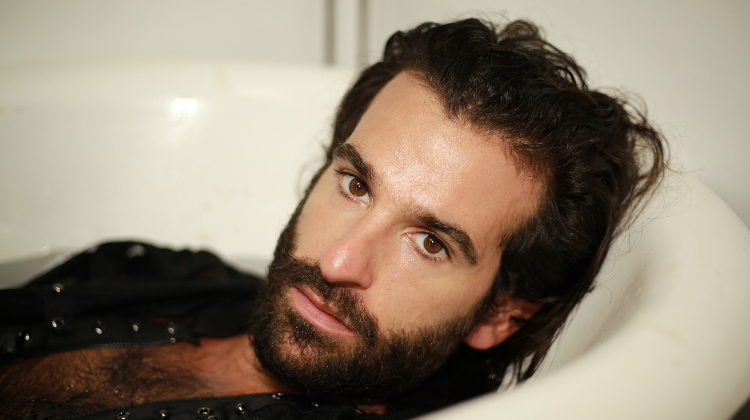 King Charles has gone above and beyond to seduce his audience in his new album Out Of My Mind. Aligned with a mixture of techno, R&B and guitar-heavy themes, it is almost impossible to get bored when diving into his music.

Freak kicks off the album and King Charles immediately uses his effortlessly sexy vocals alongside hot basslines to seduce the audience within the first 10 seconds. Immediately, the audience finds pleasure whilst playing with the idea of just how much of a Freak King Charles can really be. Similarly, Out Of My Mind brings a spicy atmosphere making you want to take it straight to the bedroom. Both songs develop into a darker second section where his intentions are questioned and you, as a listener, get a deeper insight into the turmoil in his head.

The next few songs in this album take different approaches to its previous style. Deeper Mind is funkier and shows a prince-like melody whilst Money Is God portrays a dark side as the spoken section acts as a brainwash operation to believe that money is the only thing that can make you happy. Meanwhile, Melancholy Julia gives out a feeling of hope whilst its dreamy aura sounds like something Coldplay would be part of.

The next two songs venture into synth focussed tracks where obvious 90s inspirations have been used. Drive All Night boarders light techno and transports you to a heavy night out, a unique track that sounds different to every other on this album.

The last three songs show you the emotional side of King Charles as he opens up his heart and shows his vulnerability towards someone who was a large part of his life. Watchman starts with a  beautiful piano part in the first section reflecting his soft side whilst the rockier second half of this song can be assumed as a representation of his barriers being built to stop him getting hurt as he doesn’t want to let his guard down for too long. In New York Sunrise King Charles reminisces about his past lover by using all his emotional and technical abilities in his voice, captivating everyone listening with his stunning talents.

Overall, this album is really something for King Charles to be proud of. The different styles he can adapt himself to, his foolproof vocals and his ability to effortless draw the listener in all make this album possibly his best yet.