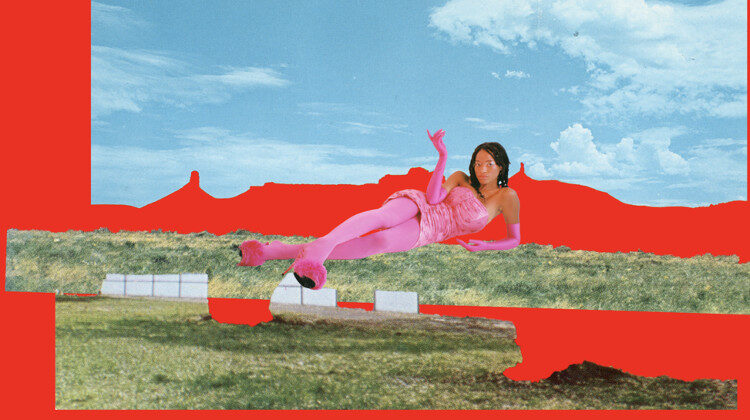 Kilo Kish’s AMERICAN GURL is an all killer, no filler album that interrogates the entertainment industry.

The clinking of coins in slots and the cheerful blips and beeps of arcade machines set the scene for AMERICAN GURL—a clever choice of backdrop for an album which, in visual artist and musician Kilo Kish’s words, explores ‘the American game’. Clocking in at 40 minutes and 14 songs, the American singer’s first album since 2016’s Reflections in Real Time brings forward a smorgasbord of variations on her usual dark art-pop sound.

The album makes it clear that if the public eye is going to be watching Kilo Kish, she’s going to stare straight back. AMERICAN GURL manages to be at once more experimental and more refined than Kish’s previous work, successfully performing the delicate balancing act between lyrics and musicality without compromising one for the other.

Each track is a carefully-crafted interrogation of the themes of fame, success and identity that run through the album; it’s a dissection of Kish’s personal image just as much as of the entertainment industry on a larger scale. “Who are you, baby? / Who are you keeping around?”, she asks over bright synths on title track AMERICAN GURL, introducing the key questions that lie at the album’s core. ATTENTION POLITICIAN is full of apathy, from its warped, dissonant synths to Kish’s unapologetic, attitude-packed delivery (“Ring my telephone / What, what, what / I’m in another zone / What, what, what”). NEW TRICKS: ART, AESTHETICS, AND MONEY has a similar dystopian aesthetic: “Congeniality is a basis for content / Peddling narcissism wrapped in self-love and progress / You want it, I got it / This soul is a bargain (I know you want it)”, Kish teaches to the students in her classroom, her monotone voice set over a mechanical instrumental.

Each track brings along a change in tone and style, making clear that Kish’s exploration of breaking down and remaking her image isn’t only limited to her lyrics. Once-bright synths turn subterranean on tracks like DEATH FANTASY, where they’re complemented by dull stabs of percussion and a shift to a more raspy vocal style. Behind these elements, you catch clips of ethereal falsetto from Californian R&B singer Miguel, without which the track wouldn’t have quite the same effect. It’s these careful sound design choices that separate Kish and her album from her contemporaries.

DISTRACTIONS III: SPOILED ROTTEN is a glitchy cut that features the beeping of machines, the dialing sounds of a telephone, and a repeated bridge (“Gimme, gimme, gimme, gimme,”) that dissolves into a fake laugh. BLOODY FUTURE brings in a twinkling electronic Baroque motif, while NEW TRICKS features writing on a blackboard, a siren blaring, and ticking, clock-like percussion. All of these background sounds—including the occasional ‘levelling up’ sound (as at the end of ATTENTION POLITICIAN) that cleverly reminds us we’re still in the arcade—transforms the album into something closer to an experience.

But all experiences, whether good or bad, must eventually come to an end. “Is that it? That can’t be it,” the party of arcade-goers asks on the outro track, CONTINUE?, a sentiment likely shared by anyone who reaches the end of AMERICAN GURL. It’s an undoubtedly original album, maybe an acquired taste for some—and while the girls bashing the game machine might be unsatisfied, it’s unlikely the listener will finish the album feeling the same way.