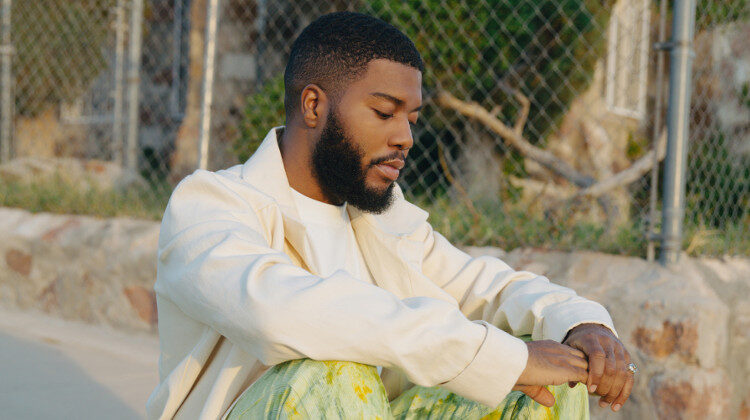 Intro, the first track on Khalid’s second EP, Scenic Drive, invites the listener into his car. The engine turns on, then the radio, which cycles through a fuzzy selection of hits picked out from his past discography, before landing on Alicia Keys’ voice. She sets the scene: “Thank you for tuning in to Scenic Drive / We’re here tonight to provide the vibes / So sit back, relax and enjoy the ride”.

The fact that Khalid’s star-studded EP is set at night seems appropriate—both for the EP’s laid-back sound, and as an explanation for the amount of times it gets lost on its 29-minute-long way. As the ideal soundtrack for a night drive, it’s naturally unobtrusive, meant to stay in the background rather than stand out; listen too closely and you start to note the overplayed trap instrumentals and recycled R&B melodies—or worse, question the lyrics.

The EP’s pre-release teaser single, Present, is one such example, which sees Khalid veer away from the R&B-soul lane that first brought him to fame with American Teen, and towards a more mainstream-radio rap sound, filled to the brim with a generic trap beat that punctuates strangely-constructed lyrics like “Pull up in a Lamb’, this is not a hybrid, my love”. Nevertheless, the next few tracks get him back on track; Backseat demonstrates a welcome return to a more melodic vocal style during its chorus, full of a refreshing melancholy that you wouldn’t expect with an opening line like “Weed smoke, windows up, sittin’ in the parking lot”. Retrograde, featuring 6lack and Lucky Daye, features an addictive chorus section, and a second mention of smoking: “I’m gettin’ high so I don’t feel no pain”. Talked about twice, it seems like a coincidence—until he mentions it a third time on the more upbeat track All I Feel Is Rain featuring JID (“I cannot feel a thing, sometimes I medicate / So I don’t feel the pain / When you creep out in the night”), which starts to drive home the idea that the EP has nothing much to say.

That said, Retrograde and All I Feel Is Rain are catchy enough, accompanied by other songs that call to mind the early-2000s, slow-jam R&B sound: Brand New featuring Quin has a classic call-and-response chorus, Voicemail featuring Kiana Lédé is a duet about the miscommunication between two lovers, and Open featuring Majid Jordan sounds as if Craig David could have been behind it. Scenic Drive featuring Ari Lennox and Smino is the final song on the EP, where the lyrics and sound are stuck somewhere between catchy and cliché, making the title track an apt representation of the EP as a whole.

Like a show car, Scenic Drive looks (and sounds) stunning, but doesn’t really go anywhere; as a whole it gleams, but look closer and you can see the rust on the parts. After this release, it seems like Khalid’s production might be due for a service.