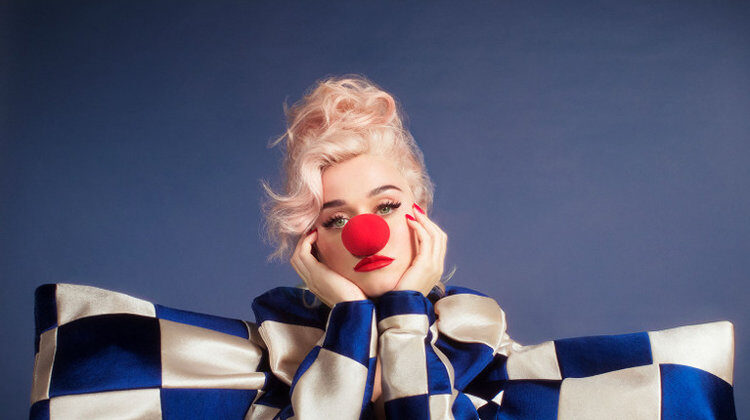 It’s been a busy time for Katy Perry, with her fifth studio album, Smile, dropping and her daughter being born just one day apart.

While Perry is known for her extroverted fashion sense and high charting hits, new album Smile falls a little flat in comparison. Although some tracks are poignant and vulnerable, many rely on bombastic EDM production, cliché lyrics and Perry’s impressive vocal ability to create a sense of power; all of which are overused to excess at some point.

The opening track Never Really Over was released as a single over a year ago and presents a mix of reflective and vulnerable lyrics, combined with uplifting pop production. A powerful sense of positivity and forward motion pervades many of the tracks on Smile, but this calms down towards the end of the album when it has been worn out from overuse. Conversely, tracks such as Cry About It Later and Only Love allow for a more subdued sense of vulnerability combined with uplifting empowerment, although the line “I’ll cry about it later, tonight I’m having fun” is repeated seemingly endlessly; like some sort of affirmation mantra…

Perhaps the easiest way to describe the overall sound of this album is “Day Time TV Pop”: it’s mostly enjoyable and inoffensive when played in the background, like the kind of upbeat song you’d expect to accompany a fashion segment on tv show This Morning. While the driven, EDM production of build-ups and loud choruses are fun at first, it quickly becomes predictable and tedious; making many of the middling tracks quite forgettable.  Moreover, the very thinly veiled Steam/Bananarama reference in Not the End of the World and sentimental lyrics like “When did we all stop believing in magic?” (Daisies) add to the overall unoriginality.

It feels a shame to be so negative about a Katy Perry album, given that her songs have dominated the charts for the last ten years. What’s missing most from this album, however, is Perry’s signature uniqueness and unpredictability. Perhaps she wants to move away from the flossing, colourful outfits, and unexpected hair bleaching, but for me this was a significant part of her appeal as an artist. Moreover, while I wouldn’t mind if I heard these songs again, I struggle to think where and when I ever would actively listen to them. The expansive, whooshing pop with predictable build-ups and drops is fun for a while, but overdone and doesn’t serve much of a purpose beyond TV advertising and ‘safe kids’ birthday party soundtracks.