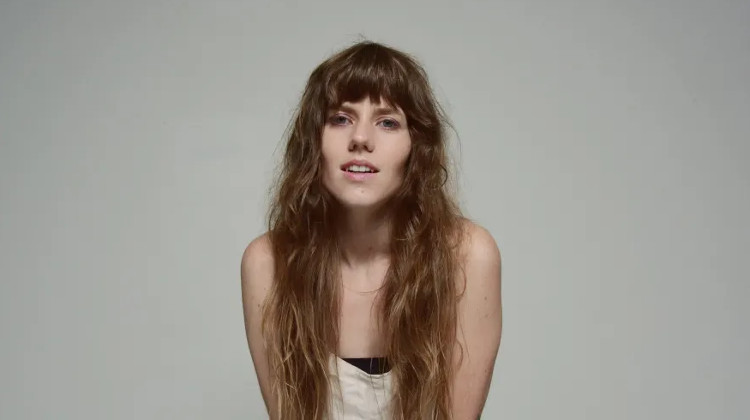 The third, shape-shifting album from the Brooklyn singer-songwriter Katie Von Schleicher is a minor break-up classic of confessional chamber-pop and electronic psych-rock, propelled by urgency, despair and a willingness to take intriguing left turns.

The New York-based artist Katie Von Schleicher is no shrinking violet. On her latest adventure, Consummation, she has marshalled a plethora of influences and reference points to fashion a deeply personal and cavernous noise which mines anxiety, trauma and rage whilst sounding bigger than anything she has previously mustered.

Informed by a feminist interpretation of Alfred Hitchcock’s 1958 film Vertigo and its hidden subtext of abuse, disappearing and toxic male behaviour, the singer pulls the listener in from a kaleidoscopic range of styles, tempos and backdrops. Musically she toys with brooding synth tones, wistful crooning, AM rock tropes, 60’s mellotron stylings and lushly cinematic arrangements to often dazzling and tumultuous effect. Lyrically Schleicher ruminates on the imbalance of power in past relationships, the wilting of love and failures of communication. Her subject matter is frequently intense and fatalistic, drawing from existentialism on the jagged Krautrock gallop of Caged Sleep (“The wall was full of green/No one looked at me/How strange/Am I free?”) and referencing gaslighting on the oceanic Power (“It’s not the same/When you say it’s in my head.”)

On the opening, reverb-washed song, You Remind Me, a discordant tangle of programmed drums, sharp indie riffs and buzzing synthesisers lay down a scabrous blueprint of emotional anguish. In turn, the snaking, Cocteau Twins-like Nowhere, a feather-light song about solitary drift and acclimatising to isolation, is typical of a slew of meditative ballads which pursue themes of nocturnal disquiet. The pin-wheeling melody of Messenger follows this template before ascending to an ethereal, sun-baked swell worthy of Beach House. Similarly, the gorgeous, silvery Gross is grounded in the dulcet finger-picking of a folky reverie before segueing into sumptuous orchestral majesty.

The closing Nothing Lasts hints at the melodic swagger of 70’s gold radio with its eerily poised singing, tender choral harmonies, claggy pipe organs and heady drums. It’s typical of an album that feels both familiar (echoes of Courtney Barnett, Angel Olsen, Cate Le Bon, Weyes Blood and PJ Harvey abound) and strange, resolute and vitriolic. Its chilly, discomfiting sentiments and musical elasticity make it a record to cherish.