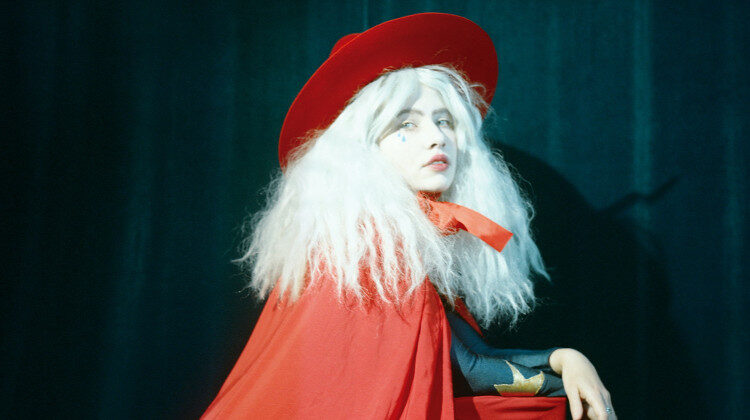 The Russian hybrid-pop experimentalist Kate NV brings exuberance and respite from the world’s chaos with a spellbinding and playful collection of multi-lingual art-pop.

The Moscow-based electronic composer Kate Shilonosova, aka Kate NV, operates in an eccentric, multi-layered and painterly sound world that resists easy interpretation and categorisation. Her third long-playing offering, Room for the Moon, collates work sung in French, Russian and English and produced with long-time cohorts Jenya Gorbunov on bass, saxophonist Vladamir Luchanskiy and multi-instrumentalist Quinn Oulton. Both accessible and high-minded, the record is steeped in an abstract, avant-pop sensibility which leans towards classical minimalism as well as 1980’s Japanese New Wave.

Dipping into 70’s and 80’s cinema and Russian children’s television shows for inspiration, Kate NV plonks her silky voice within kaleidoscopic arrangements which sound both retro and futuristic. She has enlivened her productions with depth and rhythmic complexity, mustering a cornucopia of glittering, gauzy and ethereal sounds throbbing and circulating around the listener’s head.

The opening cut, Not Not Not, eases us in with its melodic giggles, discordant squawking of sax and hypnotic vocal flourishes. Recent single, Marafon 15, pairs her chirpy, soft-spoken voice with juddering synth bleeps, sparse percussion and Gorbunov’s prowling, post-punk meets Histoire De Melody Nelson bass, whereas the hypnotic Du Na betrays intimations of a Steve Reich influence in its looping, ambient marimba drift. The irresistible Ca Commence Par sounds like a gasping Kate Bush caressing your eardrums on a flute-festooned samba jam that’s adorned by mischievous synth effects and snatches of maniacal laughing. The elegaic lullaby of If Anyone’s Sleepy is where her childlike imagination runs riot, all bouncy loops, breathy incantations and spangly synth fanfares.

There’s more than a note of turbulence and anxiety residing beneath the gloss of these creations, however. “You’ve got no time/Soon!/You’re getting old,” she declares on Not Not Not, whilst the woozy post-punk of Sayanora and the Marafon 15 are both mired in a queasy tar-pit of introspection and uncertainty.

The album’s stand outs are Plans, a tropical, head-spinning melody animated by generous servings of angular bass, and the sprightly 1980’s banger of Telefon, both seemingly tailor-made for a John Hughes flick.

Room for the Moon is distinguished by an untamed, oddball and elemental quality; its carnivalesque digressions, unorthodox juxtapositions and tonal tensions are what make the record so engrossing and unpredictable.