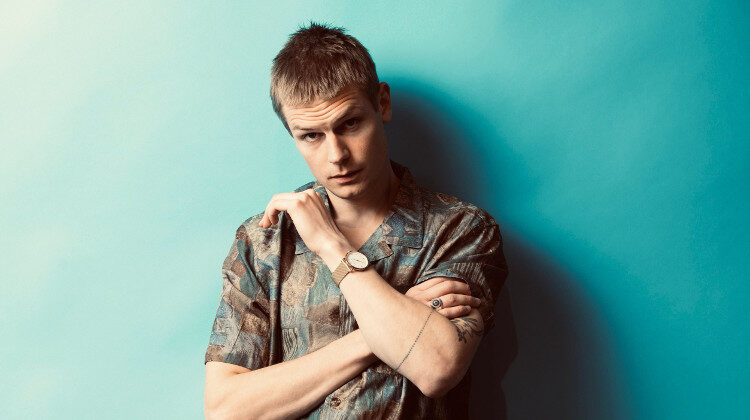 Icelandic songwriter Kaktus Einarsson has given us his innovative debut album, Kick The Ladder, laden with experimental soundscapes.

I’ll say this right away: you’ll be wanting a pair of headphones to fully appreciate this record. The layering as well as the rich combination of sounds make Kick The Ladder full of musical Easter eggs that may easily be missed otherwise. In his debut album, Kaktus Einarsson combines pulsing basslines and soaring synthesisers with gentle, airy vocals to provide us with twelve tracks’ worth of electronic bliss and lyrical profundity.

Einarsson’s inventive use of instrumentation throughout the record is also to be commended. Developed together with prepared piano experimentalist Thibault Gomez, Einarsson elaborates on the methods used to create some of the unconventional sounds we hear on the album:

‘We replaced synths with acoustic sounds that are familiar, but unfamiliar in many ways. It’s all organic, there are no artificial effects: we created all the effects with this one instrument, the grand piano. We tried it for every situation. To build up tension and suspension in songs and sounds we would scratch, e-bow and regular bowing the strings inside of the piano for example, and even play with brooms on the belly of the grand piano. Used it even as a drum machine!’

Among the more distinctive tracks is the song No Runaway, notable for its unconventional melody line and stripped back structure at the beginning before developing into a fuller anthem that sounds as though it belongs on an Erik Karol album. The lyrics are also worth a mention for the way in which they reflect on themes surrounding change and growth, with the line ‘Cause running away is for scared people / But sometimes I’m scared, too’ later evolving into ‘Cause running away is for scared people / But today I’m not afraid.’

Speaking about his lyrical choices, Einarsson notes: ‘Every song on this album is a love letter to my environment, and my surroundings. Some of the songs are a dialogue between two people, others might be written to nature, and what is happening to our planet.’

One Of Those is also a highlight – the beat and the bass both drive the song forwards and together with the wailing synthesisers and impossibly catchy chorus this track stands out as one of the best. Elsewhere, Hypnotized lives up to its title in terms of musicality, with spiralling vocal lines and trance-inducing reverb in the chorus.

On the whole, Kick The Ladder is definitely an album that takes more than one listen in order to be properly experienced. Whilst it does make for easy listening if you want to have something on in the background, this record serves as an aural delight to those who are willing to stop and listen.