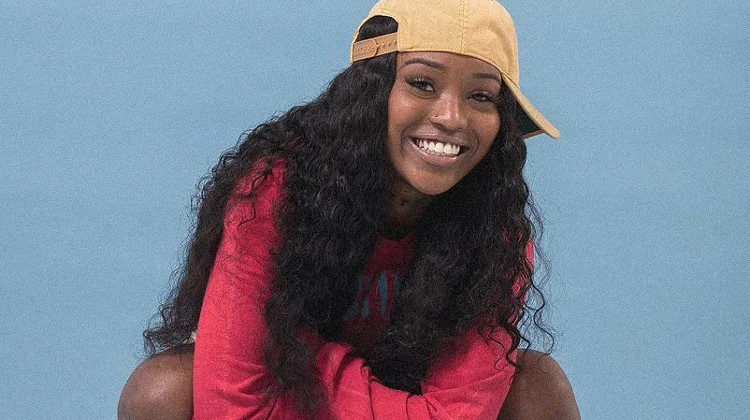 Kaash Paige brings us a fascinating snapshot debut of being 18, black, and with the urge to express as she croons across an honest urban soundscape on Parked Car Convos.

The concept of the EP is simple, yet instantly recognisable – a teenage daydream mosaic of thoughts and fears, frankness and vulnerability all draped over flickswitch beats and minimal symphonies of synths. Opener Heartbreaker tells us immediately what is occupying Kaash Paige’s world – good intentions, digital alliances and lies, all against the backdrop of 2019 city life. In this case, the city is Dallas, Texas, with which Paige holds a love/hate relationship, but which also works as the relatable anywhere for Paige’s growing global fan base.

Some tracks are pure sketches: Cruising in My ‘64 is blissful driving with the music up and worries dialled down, trip-hoppy, scratchy synths and big-dreaming confidence. Others are more introspective. Fake Friends bubbles like a cauldron of conspiracy, fuelled by a slow-jam simmering narrative of let-downs and rumours of “slip-sliding snakes”.

A striking feature of Paige’s songs is the complete lack of conventional structure, the beats dropping in and out with seemingly deliberate inconsistency, opting instead to rely on the natural ebb and flow of her unvarnished reactions to life. Kaash’s Interlude is no more than a lyrical telling of needing to be alone in her room, letting the whispers of friends and foes outside multiply. And yet it’s something every young heart has needed at some stage, and Kaash Paige even shuts the whole city out at one point – Break from Dallas being the most genre-defying moment of the lot as she laments anxieties and fragile relationships under dark RnB production. Every so often one gets a hint of a Mike Skinner verse, set in Dallas instead of Digbeth, eschewing flowery prose for stark reality.

Could we have had less digitisation of Paige’s celebrated voice? Perhaps. Despite this, Parked Car Convos is soulful, short and sweet, and evocative of promising things to come.