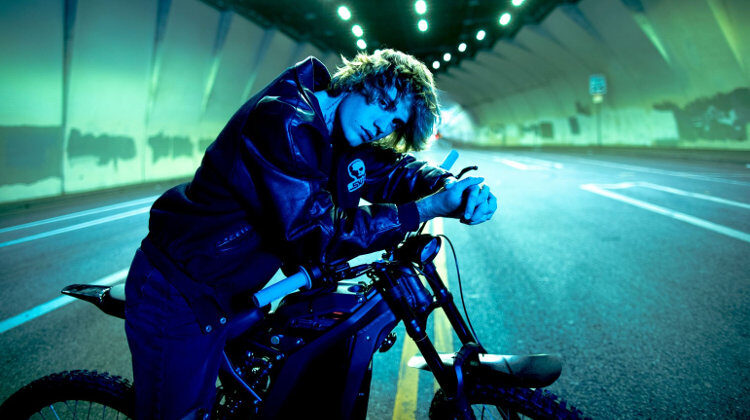 Over the years, many critics and ‘non-beliebers’ have loved to hate Justin Bieber in response to his gargantuan musical success. In the past I might have argued this behaviour is symptom of jaded cynicism, but in the case of Justice I will be joining them.

Justice is not a record of 16 bad tracks. Instead, it is a mix of a handful that are half-decent, plagued by a dirge of indistinctiveness and lazy songwriting. Bieber seems to think pushing the same buttons will continue to bring him success for many years to come. And maybe it will, but it’s not for me.

It is doubtful that anyone would dislike the overall sound pervading Justice, yet somehow Bieber makes it all too easy to do so. Even though there is some variation in BPM and mood, many of the tracks follow Bieber’s classic cookie-cutter formula of reverberant, octave-doubled, house-inflected pop; trying their hardest to be three-dimensional, but barely scraping 2D. This might work for the TikTok-bound singles and EPs but quickly becomes tiresome on a 16-track studio album.

When there is variation, some listeners may favour the tranquillity and sensitivity of tracks like 2 Much and Unstable ft. The Kid LAROI, but the standout tracks tend to be those on the more upbeat side such as Die For You ft. Dominic Fike and Peaches ft. Daniel Caesar and Giveon.

While Peaches might be the only commendable single on Justice, its surface-level appeal is a result of it not being drenched in syrupy messages of positivity. This is arguably the biggest downfall of the album. If it isn’t randomly inserted Martin Luther King quotes (the album opens with his famous quote “Injustice anywhere is a threat to justice everywhere” on 2 Much), then it’s the overuse of buzzwords and toxic positivity (Hold On).

Moreover, the piling of cheesy lyrics on top of one another is overwhelming and overbearing (“Don’t wanna fall asleep, I’d rather fall in love”, 2 Much; “I would walk the burning fire even if your kiss could kill me”, Die For You ft. Dominic Fike; “Before I met you, I never believed in magic”, Somebody – the list goes on…). When there are moments of genuinely raw vulnerability (As I Am ft. Khalid) and honesty (Lonely ft. benny blanco), it’s difficult to appreciate them as we are on a comedown from the sickening sugar high of the previous tracks.

Justice is disappointingly lazy for an artist with an enormously varied and lasting music career at the age of 27. For someone who has defined, redefined and occupied significant space in popular music for over a decade, this release is messy and incoherent. While there may be glimmers of the potential for something more, its potency is lost in the dirge of unmemorable thoughtlessness. Justin Bieber is, and will always be, a sensation, but Justice isn’t.