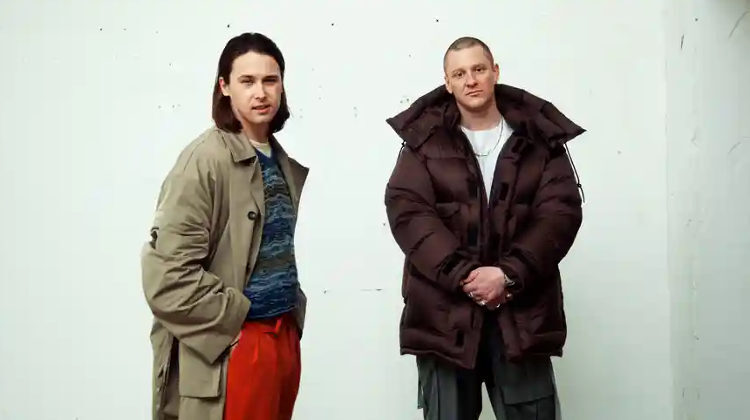 Jungle provide A night full of synth-led grooves and soulful infusions the crowd were desperate for.

Like almost 5,000 others, I was there for the opening night, and right from the start there was a buzz about the crowd. As we waited eagerly for a glimpse of the band, hot and sweaty, anticipation hung in the air like static. The crowd erupted in a riotous roar as finally, to the flickers of seizure-inducing strobe lights and the subdued symphonies of strings, out saunter Joshua Lloyd-Watson and Tom McFarland, accompanied by a five-piece band.

They start strong, kicking off the evening with their disco-funk anthem of lockdown 2021, Keep Moving. Everyone knows it; everyone loves it. And it’s no wonder – both Annie Mac and Jack Saunders featured the song on BBC Radio 1; Shaun Keaveny invited the duo to perform live on Radio 6; and if somehow you managed to miss those, it’s also the catchy backing track to that Peloton ad that seems to disrupt every YouTube you try to watch. We eat up every ounce of it, faithfully carrying out the song’s maxim with a dutiful shuffle here, a boogie there.

The night proceeds with up-tempo dancefloor fillers like Julia and All of The Time. Truth – a track that stands out on the album as more indie rock than disco-pop or neo-soul – gets all the arms in the air, and there’s pogo hopping galore. Casio sees the pair trade in their twin falsettos for a deeper, more soulful register and the crowd get down. I notice that besides the earworm tracks, very few people seem to know the words, especially to the newer songs. But it doesn’t matter because the energy is astronomical. All around me, fans clamber onto each other’s shoulders; overly priced beer is sloshed about as arms are thrust aloft; groups of lads drunkenly sing lyrics out of time; and there is an ever-present chorus of cheering.

They played over 20 songs from across all three albums, and whilst I cannot fault their talent and technical skills, the duo has a lot to learn in the way of showmanship. We’re made to feel more like observers than participants in a symbiotic experience, as McFarland and Lloyd-Watson are stationed behind keyboards miles away even from the front row of the stalls and stay there for most of the evening. Other than the odd petition to raise our hands, or ‘one, two, three’, they fail to engage with their audience – and anything that is said is muddied and heavy, lost to the high ceilings.

And despite the stunning light show that could have been taken from the fantastical world of Tron, there was little else that captivated the attention. As artists that pride themselves on their ‘visual identity’, carefully formulating music videos with renowned choreographers and visionaries to create artistic narratives, they could have sprinkled some creative flair on their live show. How about those dancers they seem to love so much? Or a string orchestra to breathe some life into the songs? A guest appearance from a fellow collaborator – Priya Ragu, for example? The closest we got was an on-screen appearance from Bas during bass-heavy, hip-hop track Romeo and brief (but still beautiful) flute and saxophone solos from the band on Bonnie Hill, and the variation was refreshing.

They bring it home with old favourite Busy Earnin’, off their Mercury Prize-nominated, self-titled debut, and we all chime along to that iconic jazzy trumpet. At the end of their encore, they leave rather unceremoniously – a quick curtain call before they all disappear.

As a die-hard fan, it’s always a joy to hear the songs played live. Jungle create exuberant anthems that make you want to move your body – perfect for the live music scene. But for me, it was the fans that really made the night. Shimmying against the woman beside me; singing with a stranger on my other side. At points, I probably could have closed my eyes or turned my back to the stage and still had a great time.