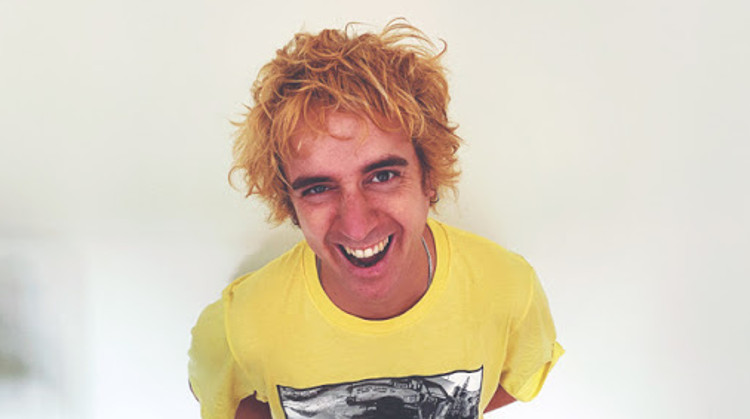 Johnny Lloyd carries on with what has been an extremely productive couple of years with his brand new, fourth solo album, Cheap Medication.

The former Operahouse and Tribes man is showing absolutely no signs of stopping through these challenging times and this latest record is a brilliant showcase of his talent and his potential as a solo artist. The Londoner has already seen a host of great moments so far this year including the release of demo album Low Fidelity Vol.2, the reprise of his relationships with members of ex-band Tribes and the production of the soundtrack for partner Billie Piper’s series ‘I Hate Suzie’.

With all of the above in mind, it is safe to say that Johnny must be an extremely happy man right now and album opener Suze seems to prove that point even further. It is such a cheerful, melodic tune that gets the record off to a great start and sets the tone for what is a dazzling compilation of his work that he can be really impressed with. A host of different instruments are prevalent throughout the first track and it makes for a very impressive sound.

Real Thing follows thereafter. There are so many positive adjectives to describe this song, you can tell that a lot went into this one as it reels off an abundance of emotion as the ex-Tribes man lets his feelings out. The affectionate lyrics combined with the addictive drumbeat and great use of the harmonica make for a song that may well be considered an album favourite.

As the record progresses, title track Cheap Medication emerges and seems to slow the pace down at first, this change of speed is deceiving however as the extremely catchy chorus belts out and gets the body moving and the feet tapping. Guest vocalist Shelbi Bennet’s voice is more than welcome as it creates its really diverse sound.

Haze takes a slower turn now but this is certainly not a bad feature of the song, Lloyd’s tone changes constantly and he shows off his versatility in a track that is again as passionate as can be. It’s beautiful instrumental leads well into Based On Real Life, a track that paints a picture of a love story that you can imagine being played out on movie screens across the globe, a love for ‘Caroline’ is evident throughout.

The mid-section is reached when In This World plays out, a track that is not to be taken lightly. It may seem like a ballad but it is a song in which the listener can put on and vent; the use of the piano is perfect and Johnny’s voice is scintillating throughout. It is a tough track to follow but the positioning of Better Weather is clever as the pace slows down even more suiting its addictive sound.

You can tell that the song speed and tones are yet again changing as the intro to Heavens Below comes on, the steady beat combines well with the guitar and life begins to re-emerge at a key stage. The stage is then set for the Camden man to release the emotional and outpouring song Oh Lord.

As the later stages of the album approach, Heaven Up There plays and seems to take the listener to a hazy, dreamy place. This is a track that allows you to sit back, pump the volume up and pour a drink as the tones really do take you to a higher place. Crash Site then sees the re-emergence of the harmonica but in a much slower setting. Real Thing relaxes the ears and makes for a comfortable and easy listen.

The album reaches its climax through Don’t Take My Word For It, the longest track of them all and by some distance. It is effectively two different songs and plays out as a sort of cliffhanger on a record that provides a little bit of everything for indie listeners that will surely want to hear more of Johnny Lloyd and his sound.

Cheap Medication is an extremely impressive record that has a pacey start and seems to tail off into a slower setting in which the London based artist lets out a whole host of emotions. Johnny Lloyd has created an extremely relatable record that should receive a great reception as it makes its way through the indie world.