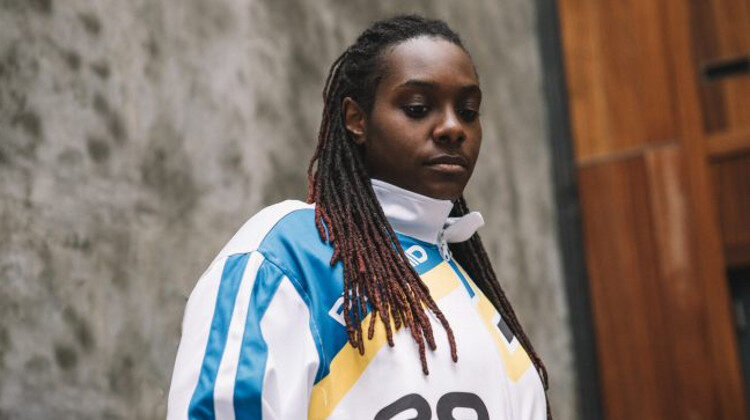 Indiana-based producer Jlin is back with Embryo, her boldest and most ambitious work to date.

After her breakthrough release Dark Energy, Jlin has continued to push the boundaries of techno and Embryo is a prime example of this. Much like the industrial landscape of her home state, the sound of the EP is noisy and bleak. There are clear Detroit techno influences, but Jlin cranks up the BPM and throws away the rulebook. The four tracks are crammed full of complex rhythms and frenetic synths, and the result is thrilling.

The EP starts with title track Embryo, where Jlin wastes no time introducing a thumping beat and pulsing modular synths. After the initial frenzy, the track breaks and hits you with heavy bass and noises that I can only describe as robots trying to communicate with each other. Things are quickly restored with layers of percussion and more noises that sound like they are from the future. Auto Pilot carries on in similar fashion and pace, with more dark and mysterious sounds, a track with clear comparisons to Chicago footwork.

The following track Connect The Dots surges on with more impressive percussion and an array of sounds and textures that twist and turn to dramatic effect. Things almost seem to slow down halfway through and then speed back up, a clever piece of producing that adds to the surreal vibe. The vocal sample, that I can only assume came from a 70’s horror film, sums up the general ‘creepy’ mood of the whole EP.

Final track Rabbit Hole is surprisingly less intense and slower in pace than the opening three tracks. Wobbly synths are given more space and the effect and – as the title suggests – sounds like you have fallen down a rabbit hole. Tinges of UK garage run through a track that the artist singled out as a personal highlight.

Whilst Jlin’s music may not be to everyone’s taste, it’s interesting and unlike a lot of the uninventive electronic music being produced at the moment. Jlin has drawn influences from a number of genres and subgenres to create a sound that is distinctive and unique. Embryo is raw and rough around the edges, but that only adds to the appeal. The artist is currently working on a new full-length album which I can’t wait to listen to.