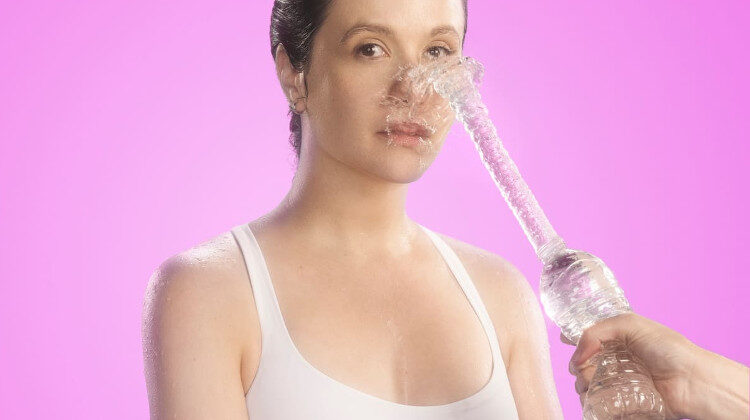 After impressing with her first three albums, Canadian songwriter and producer Jessy Lanza manned the decks in an hour-long mix for Berlin-based !K7 records that showcases the artist’s friends and collaborators, as well as her own productions. She joins an illustrious selection of producers and DJ’s including Disclosure, Jayda G and Special Request this year alone. The record is a snapshot into the last 18 months for the producer and embodies the expansive RnB-tinged electronic music she has produced for UK based label Hyperdub. Featuring 26 tracks, including four exclusives from Lanza, the mix flirts with UK bass, house and breaky techno.

Things get going with single track Seven 55, which features fellow Hyperdub artist Loraine James. A pop-rave mashup crammed full of broken beats and chopped-up vocals, it’s arguably one of Lanza’s strongest releases to date and a real standout of the compilation. The mix gets into the swing of things after that and doesn’t waste any time diving into some high-octane club beats. Michael J. Blood’s Lip Biter is a particular standout, and things heat up even more with Bail E by Mr Ho. Some percussive filler tracks keep things ticking along nicely and there are enough breaks and changeups to keep it sounding interesting. Things are then turned on their head with Maleka by Jim C. Nedd, a samba-style disco dance track that somehow doesn’t feel out of place amongst the heavy rollers.

The record gets cranked up a notch as you delve further in, with chuggers from Secret Werewolf and Grain, and the huge acid number Distorted Sensory from Gant-Man and Loefah. After that things get slightly strange with some more experimental tracks. I wasn’t a fan of the RnB vocals on top of the almost donk bassline in Na Na Na by Dee Jay Nephets, and I didn’t think Lolina A path of Weeds and Flowers fit with the rest of the mix.

Thankfully things are hastily rectified in the last third, which sees a rise in tempo and a shift to heavier UK bass and techno. From the rampant Beat It Up Like (These Drums) by TAH to the brilliant Anubis by CN, Lanza shows she is a more than capable club DJ, and this part of the mix epitomises the blurry 4 am feeling the record tries to replicate. You are given a much-needed rest with the last track Raining Heart, a funky downtempo synth-pop tune that wraps things up nicely. The record also features some unmixed versions of Lanza’s productions, four great tracks that display her ability as a producer and vocalist.

Overall, it’s a stellar mix and one of my favourite DJ Kicks entries in recent years. It proves that Lanza is a very skilled DJ and selector, and her own productions are the real highlights. The mix flows well and Lanza’s intermittent vocals scattered throughout breathe life into the rare occasions when it falls slightly flat. The record cements Lanza as one of the real stars in a male-dominated industry.