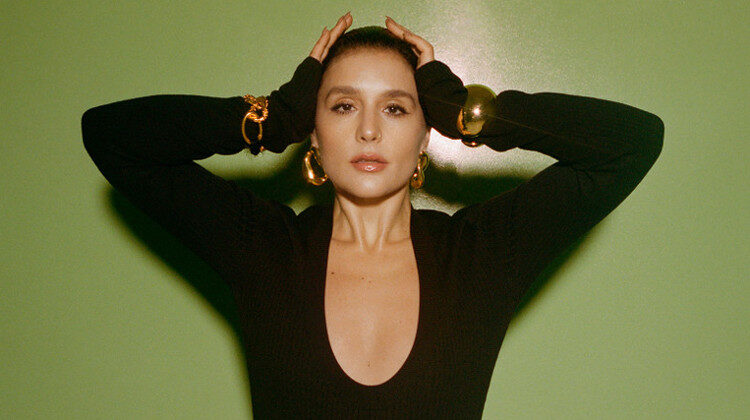 Jessie Ware has transported us back in time with her new album What’s Your Pleasure?. With huge disco beats and psychedelic moments, we are reminded of Kylie Minogue back in the 90s. Jessie asks what our pleasure in her title is… well Jessie, this new album is definitely a pleasure to our ears.

Talking about a past lover, the details of Jessie’s hurt and desires from her love life come apparent throughout this album’s journey as we hear the untold truths from her mind. But, like the stories told, some of these songs’ features can get quite repetitive and with each track being around 4 -5 minutes, it can sometimes get tedious listening right to the very end, especially when the endings are repeated for that extra minute.

Kicking off the album with Spotlight, the beautiful orchestral opening brings a sense of magic to this album; as we start to expect a slow ballad, the synth takes over with a fun beat representing the vibe that the majority of the songs on this album hold. Orchestral moments, especially string sections, are used often and offer grand moments alongside added colour, especially in Step Into My Life and In Your Eyes where choir-like harmonies separate some songs to one another.

As well as being able to write hits, Jessie’s versatile vocal personality and range is tested in this album as she switches from a distant and sensual tone in the track What’s Your Pleasure? To incredible Ariana and Mariah-esque high notes in Adore You. Of course you would think that would be enough for her vocals to take, but in tracks like Read My Lips she manages to pull a stereotypical pop voice to compliment the upbeat and fun vibe that the song projects, whilst still being able to show a saucy side and make people want to get up and dance.

Although we are distracted by the fun beats that Jessie brings us, there are some vulnerable moments that may be masked by the busy instrumentation going on in the background. Mirage (Don’t Stop) reminisces about Jessie’s past lover and sounds like she is in a trance-like state; you can feel the conflict of animosity in her head. Similar to The Kill, it is easy to see and understand Jessie’s vulnerability as she explains how she found herself under someone’s spell, doing everything for someone without any reciprocation, an incredibly fragile situation that may be covered up.

It’s evident that Jessie Ware has thought carefully about each part and each second of her songs and when you look closely at the details it is evident at how smart she really is. If you want an album to make you feel good, then this is definitely the one for you.