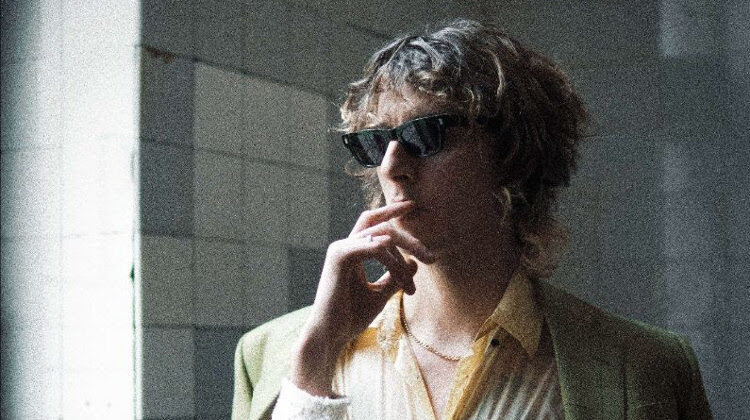 Stockholm-based artist Filip Johnson, better known as the left-field, wide-eyed wonder Jelly Crystal, describes his latest record, Freak Show, as ‘slow and tedious’ – ‘it might sound boring but it’s just like me.’ And to some extent, I can concur. Each song is a leisurely listening experience, nothing rushed or forceful. But I wouldn’t necessarily call it ‘tedious’. The record moves by in a blur, each track rolling hazily into the next, creating this bizarre, trance-like, trippy experience – a sort of lucid fever dream.

Never Met a Cloud That I Didn’t Like, the latest single off the record and a tribute to long-lasting friendship, is a prime example, with its intriguing blend of African percussion, shimmering synth work and funky basslines, all centred around a transfixing repetitive riff; it gives off serious space-age, glam-pop vibes, with a sprinkling of disco, but still feels suave somehow. Created in collaboration with Off The Meds frontman, Kamohelo, Jelly Crystal said of the song: ‘How many times have you looked up at a cloud and got tired of it? The song is about people in your life that you can’t get enough of, despite the ups and the downs, you hold on tight to them. Kamo is that person to me, so it felt natural that he should join!’ Doesn’t get any more hippy-dippy than that.

Songs like Sweet Lime and Rocket Rain are much the same; lots of warbling vocals, distortion, and slow synths. The former feels like a bad trip, freakishly hypnotic and ominously low, fraught with frenetic, dissonant bursts of sax, whilst the latter feels like pulling taffy – drawn out, deliberate and heavy.

The Bowie influences are glaring as well, from I Don’t Like Dancing, the lead single off the record, inspired by the Thin White Duke and his surfeit of art and glam rock anthems, to There is No Me which feels more within the realms of the Scary Monsters (And Super Creeps) era.

Opening track, Someone’s Dog, is a beautiful blend of soul, indie and psychedelia, with a delicate, almost airy atmosphere, heavy bass and funky keys, and is an absolute delight to listen to; you just find yourself swaying along, spellbound, as Johnson mumbles about dreams of Neverland. It’s almost hymn-like in places with its ethereal choral arrangement and eery organ grinding but switches up nicely towards the end with a slow, warped guitar solo, striking a balance somewhere between the sounds of the 70s and the present day, and gives off Tranquillity Base Hotel & Casino vibes (without Turner’s astute, self-reflections).

‘This album has been with me for a long time,’ Jelly Crystal reflects, ‘not that the songs have taken long to write, but they’re built on collected fragments from my life. It wasn’t planned but in the end the songs inspired each other in a way.’ It really does come off that way – as a cohesive listening experience. It is the sort of album you’d happily play in the background whilst you got on with something else, and after a while, would stop noticing when the songs changed, or the record started repeating – slipping off into lala-land.