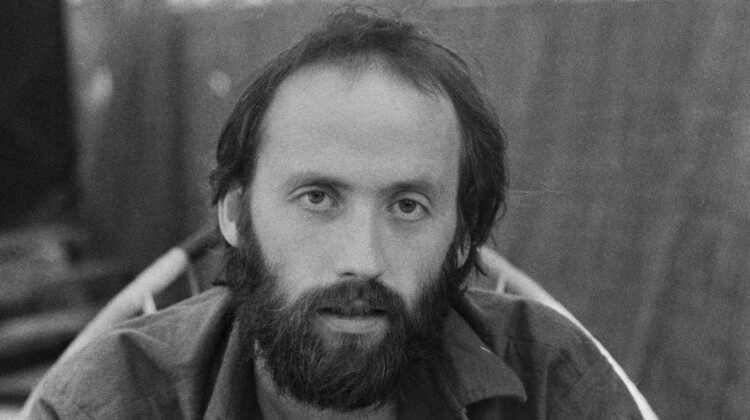 James Krivchenia, The Big Thief drummer’s second ambient album, ploughs the internet for an assured antidote to anxious and turbulent times that subverts the tropes of New Age.

Conceived as a sequel of sorts to his 2018’s No Comment, a doctored collage which employed bodycam footage of gun violence and warfare uploaded to the internet as its sample framework, A New Found Relaxation uproots ambient music whilst exploring the terror and agitation bubbling beneath the smooth and soporific. By submerging the tropes of ‘chill-out’ in unsettling maelstroms, he serves up a captivating, unpredictable and drum-less work of intrusion, disruption and subversion.

Krivchenia’s painstaking modus operandi is to raid hundreds of fragments of ‘relaxation music’ nabbed from ASMR on YouTube and internet spa radio and mingle them with bits of found sound and hauntological electronic interjections. Glistening washes of synth and plangent episodes of tranquillity are dangled before our ears like red herrings before abrupt gear changes, from feedback, stereo panning and abrasive glitches to drop-outs, bleeps and flurries of static, sweep into the mix like a subway train roaring from a long stretch of tunnel and shake us from complacency. By keeping the running time to just twenty-eight minutes, the composer minimises any potential for padding and keeps the listener continually on their toes.

The unsettling Temptation Reduced opens proceedings by jumping around from one spluttering and hyperactive manipulation to the next, as if to ram home the idea that this is no cosy campfire confection. James Krivchenia teases the listener with peaceful and spirited lyricism on the gorgeous and playful A Better Kind of Wrongness, but then cosmic synth drones merge with sudden bursts of noise and clouds of muddy distortion on both Touched By An Angel and The Eternal Spectator.

Elsewhere, the aquatic Loveless But Not Joyless swims in a pool of meticulous stereo-panning; here the prevalent mood of serenity and blissful, textural found sound is undercut by intimations of itchy unease, as Krivchenia spins wheels of sound effects that caress the ears like an extended mix.

Throughout A New Found Relaxation, its author communicates eloquently, toying with us with mind games and enacting subtle changes at his own moderate pace. It’s a state-of-the-art tapestry of noise, anxiety and cotton-wool drift, propelled by helixes of tension and cohesion. This is ambient music prodded into agonising new realms.