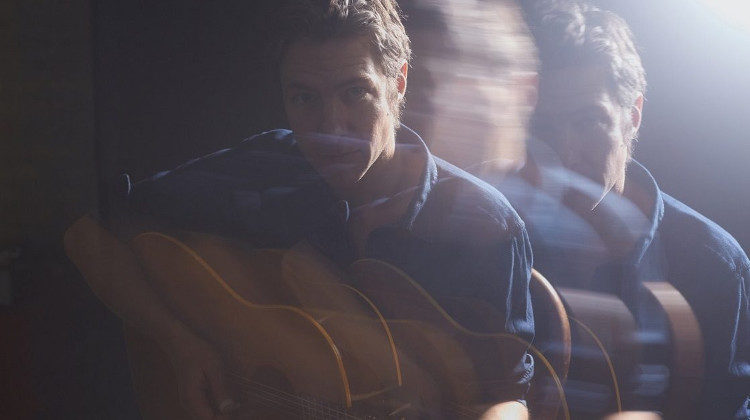 Building upon the bucolic folk mantras of 2017’s Wintres Woma, James Elkington’s latest opus, Ever-Roving Eye confirms his burgeoning credentials as a classy operator in his own right and not just a sideman for luminaries such as Tortoise, Joan Shelley and Jeff Tweedy in his adopted windy city.

From the opening pearly chords of Nowhere Time, the listener is plonked in the underbelly of 1960’s British folk music: this is firmly Nick Drake, John Martyn, Bert Jansch, John Renbourne, Martin Carthy and Richard Thompson territory. Whilst glancing back to arcane folk traditions, Elkington’s sleepy acoustic guitar reveries are warm, rounded and pristine, with a relaxed mood akin to campfire or coffee-house playing. Elkington possesses a rudimentary baritone voice but it serves his material efficiently and rings out with a smoky purity, augmented by a backdrop of woodwinds, strings and backing vocals courtesy of Tamara Lindeman.

Sleeping Me Awake seduces with its folk-filigreed melody and sinuous modal tones, recalling the solo work of Graham Coxon in parts. Similarly, Leopards Lay Down is heartrending and hook-filled, complete with the left turn of an orchestral false ending. The majestically baroque Moon Tempering is draped in curtains of genteel, autumnal strings, with its author dolefully intoning that “everyone’s archive weighs them down”.

For a record driven by intricate finger-picking and underpinned by psychologically introspective lyrics, Ever-Roving Eye is adept at adding cavalier and unexpected touches – flecks of library music and recherche jazz on Late Jim’s Lament, pedal steel flourishes on Go Easy on October and Much Master, nods to the digital folktronica of Beth Orton on the more groove-orientated title track.

This is folk pastoral reimagined as demure British psychedelia; best enjoyed as a cumulative, intimate experience; put it on while spring is springing.