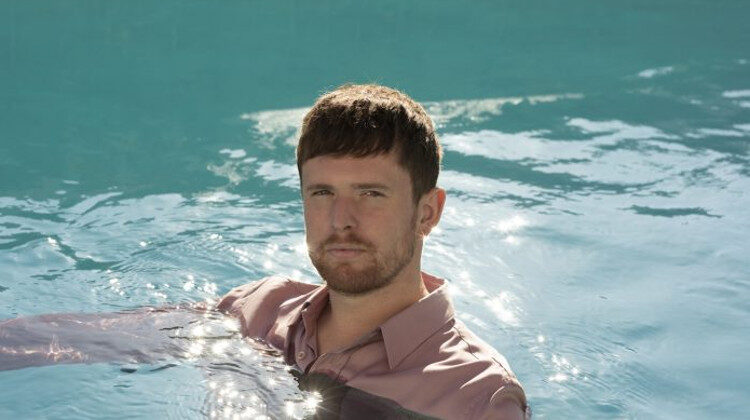 James Blake gives us his most raw and introspective work to date with the release his fifth album, Friends that Break your heart.

In a recent interview discussing mental health awareness in the music industry, James noted, “(For) a lot of musicians, our first language is music, then it’s whatever our native tongue is… I think we are not encouraged necessarily to speak on mental health or what we are actually feeling”. It’s a powerful observation that runs through the essence of this album- a sincere reflection of a personally difficult time, exacerbated by lockdown and trying to deal with the challenges that came with it.

Despite the serious undertone and dark lyrics, the sound feels far more melodically uplifting than Blake’s past work, like the haunting dub electronica of 2016’s album The Colour in Anything, or the artistically fragmented electro-pop of 2013’s Overgrown. This may be partly aided by his long-term partner, Jameela Jamil, who co-produced and co-wrote several of the tracks on the record. Whilst there are notably more upbeat elements, they fuse well with Blake’s signature use of shimmering falsettos, forlorn electronica and emotive lyricism. The album reveals a new dimension to James’s music and hones in on his ability to effortlessly push boundaries as a producer and songwriter.

Famous Last Words is the first track on the album. The lyrics “You’re the famous last words that I wish I never uttered, that I wish I never stuttered” tell of an inability to let go of someone and, in doing so, setting yourself for getting hurt again. You sense this feeling of frustration in the song, as it builds from the pulsating synths into violin strings that sing in unison with Blake’s pining vocals. Life Is Not the Same continues the relationship heartache theme, as James reflects on the ending of a relationship that he tried hard to make work, “I can only be what I am, diving, smiling, Life is not the same if we’re miles away”. The hip-hop/R’n’B influence of co-producers Take a Daytrip accompanies Blake’s sound beautifully, especially in the beautiful falsetto that acrobats intermittently through the track.

Coming Back showcases an impressive and unexpected arrangement, starting off as a rain-soaked piano ballad that effortlessly shifts into discordant R’n’B when SZA enters. The bass drops in the second half and the track descends into an alluring fusion of Blake and SZA’s vocals. It’s pretty mesmerising to listen to and reveals a different edge to Blake’s use of R’n’B in his music.

Blake is refreshingly open about his own battles with self-doubt and insecurity on this record and it comes through in the lyrical content and delivery. Funeral, for example, touches on the emptiness and isolation of depression, emphasised by soft harmonisations and Blake’s wavering vocals. But there’s also an underline message to James’s lyricism too. For example, the lead single, Say What you Will encourages us to be happy with where we are, rather than comparing ourselves to other people. Moreover, the acapella interlude that climaxes to James performing an incredible falsetto is just breath-taking, making it one of the showstopper tracks.

Another special track is I’m So Blessed You’re Mine– a stylistic mish mash of hip-hop, dub and dark electronica- music that Blake produces so masterfully. It’s filled with oscillating synths, distorted vocals, popping drumbeats, and distorted vocals- a real treat for fans of his early work.

Inspired by a particularly difficult period for James, Friends that Break Your Heart is a beautifully executed album that exudes in innovation, revelations, and self-perceptiveness. James, thank you for another gem.