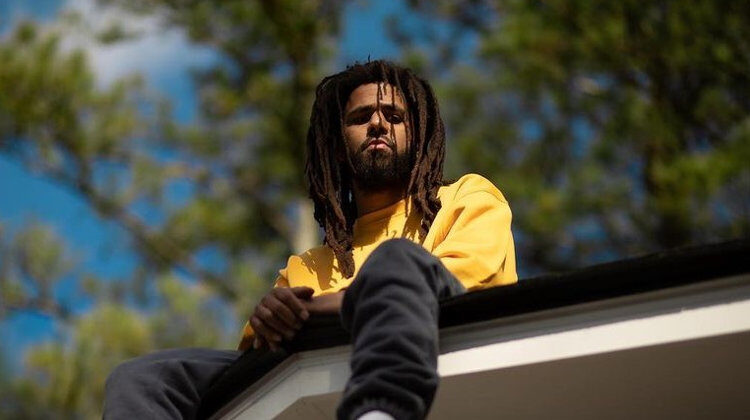 It’s hard to know where to begin with J. Cole’s new album, given that The Off-Season is one of the most highly anticipated hip hop releases of 2021.

According to Cole, it was “years in the making”. It might even be the last album he ever releases according to some rumours. In any case, J. Cole is, and always will be, an extraordinary rapper and this record is a testament to his intelligence and artistry.

The Off-Season is centered around J. Cole’s heightened awareness of his place in hip-hop culture. The cinematic, triumphant opening of 9 5 . s o u t h coupled with a slow grounded flow sets this precedent of sincerity. This leads into thoughtful and hard-hitting discussions of subjects such as pride (p r i d e . i s . t h e . d e v i l) and value (“It’s not ‘bout the money, it’s more about time/Shit makes sense when you see how I spend mine”, 1 0 0 . m i l ‘).

Of course, this wouldn’t be a J. Cole album without dense and intelligent lyricism. While this is present on many of the tracks, what is striking is the forays into triplet, mumble rap flow that he has previously decried (particularly on a m a r i, combined with melodic and complex production). Nevertheless, J. Cole continues to draw inspiration from hip-hop history, covering genres such as crunk (9 5 . s o u t h) and golden age (a p p l y i n g .  p r e s s u r e).

Among these homages, is an acute awareness of his own power as an artist and the negative connotations of this. He notes the power of his platform and the detriment this can have when conveying his message in music (“Now that I’m rich, I feel nobody understandin’ me/All I can do is cut the mic on, holler at you/Can’t let the fame scare me off from speaking candidly”, p u n c h i n ’ . t h e . c l o c k). Furthermore, he takes time to reflect on his success, fatherhood and background (“Sometimes I question whether this shit matters/Puttin’ substance into something in a world so used to instant gratification” l e t . g o . m y . h a n d, with Bas & 6LACK).

Although this is an intense and reflective album, it cannot be denied that this is a solid rap record with a great deal of thought gone into its message. Whether J. Cole will continue to make music following The Off-Season remains unclear, but as he puts it “The money might fade, but respect don’t/Still gon’ be me when success gone” (h u n g e r . o n . h i l l s i d e).