Home » articles » Hushtones: Greetings From The Other Side – Review 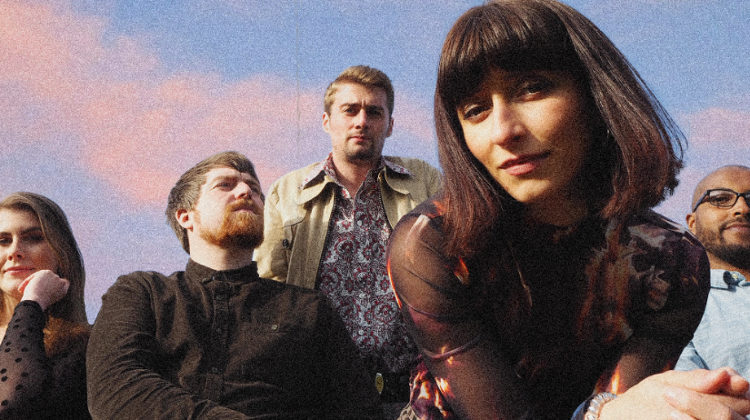 Hushtones have given us their debut album Greetings From The Other Side – a record laden with great riffs, some truly exquisite harmonies, and an overall atmosphere of productivity.

Yes, you read that last part correctly. If there were ever an album that sounded as though it were made for film montages, this would be it. Specifically, light-hearted film montages set in the present day that involve studying, learning or training of some sort, or at the very least the undertaking of a job or errand – you know the kind.

Speaking about the album’s development, Hushtones vocalist Martha Goddard talks about how the songs were written throughout the first lockdown of 2020. “Mick and I wrote most of the songs together yet remotely … on a kind of rolling basis. I would wake up in the morning and work on a song and then send it over to Mick who had become slightly nocturnal, and he would work on it through the night and send it back to me the next day.” In light of this, it’s difficult not to visualise a set of scenes featuring the band members working night and day as their own music plays in the background.

Listen to the track Sideways and you’ll understand what I mean. From the upbeat percussion to the happy-go-lucky guitar solo halfway through, this song is bound to make you want to get up and do something. Similarly, album opener and title track Greetings From The Other Side features some bubbly synths and catchy vocal lines that drive the song forwards.

Not only does the record inspire feelings of hope and optimism, but the vocal harmonies have a large hand in making the album what it is. Never Let Me Down is one such example, with some impeccable chord sequences which are only made stronger by the surrounding instrumentation. The same holds true for the more laidback ending track In Your Head, which has something more of a choral feel to it.

Ultimately, whilst Greetings From The Other Side is not something I would personally listen to on its own, I can see it forming the basis of a ‘get things done’ playlist in my music library. It’s easy to listen to, it’s overall pleasant, and it’s the perfect album to put on whenever you feel like you need a little boost.