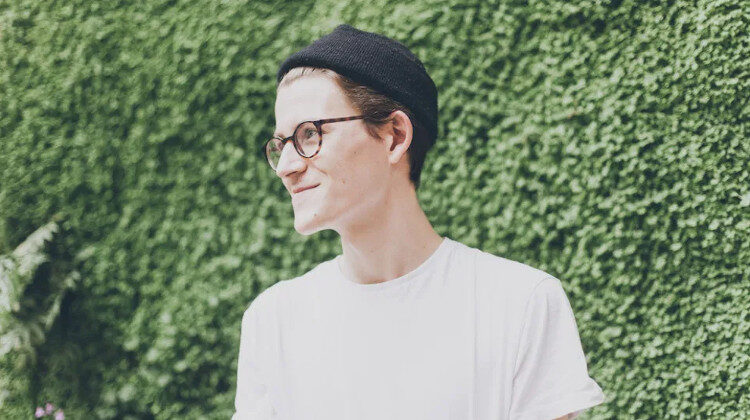 Twenty-four-year-old Bristolian electronic artist and producer Henry Green returns to the fray with the bittersweet electronic pop of Half Light, his long-awaited follow-up to 2018’s acclaimed Shift.

In the world of the arts, many successful practitioners perfect the knack of being stationary, remaining in a comfort zone and sticking to what works. The ease of falling into the trap of a formula and recycling the familiar, well-trodden and commercially viable, even at a time characterised by constant motion, uncertainty and turbulence, is particularly well documented in music.

The hotly-tipped Henry Green’s new release, Half Light, presents to us an alternative strategy, nestling as it does between safety first and a state of reinvention. The Bristolian sound sorcerer first sprang to prominence with his Slow and Real EPs in 2015 and 2017 respectively, followed by 2018’s Shift debut, an intricately woven soundscape of pensive self-expression and hypnotic electronics.

Since then his star has risen enormously, with more than a hundred million streams on Spotify and work with London Grammar and Nick Mulvey. However, a move to Wiltshire in early 2019 precipitated a crisis of confidence that was augmented by his decision to produce his follow-up album in its entirety.

Fortunately, the psychic fall-out of this change in scenery and pressure of expectation fed into his six months of studio time and has enhanced a finished product that’s both emotionally direct and sonically forward-thinking whilst harking back to his debut’s soupcon of crisply collaged sounds.

If anything, Half Light – a warmly crafted sequel that draws from a similar pool of washed-out electronica – only refines the synth-coated melodies of his debut, leaning further towards the poolside yacht-funk of Rhye and Bonobo, upholstered with the addition of strings and saxophone.

The strings-laden Yoyuu channels the weightless, sun-baked pastoral of its author’s new surroundings with its nature-inspired instrumentation, whilst the pretty Tide, decorated and abetted by the sultry vocals of Andreya Triana, is a fluttering chunk of downtempo soul that brings something new to his customary melange of mellow vocals, folk tranquillity and R’n’B bounce.

Henry Green cultivates an affinity for slow-motion, spaced-out grooves and curling, watery synth pads throughout, which can veer towards homogeneity; however most of Half Light radiates tantalising pastel dream states.