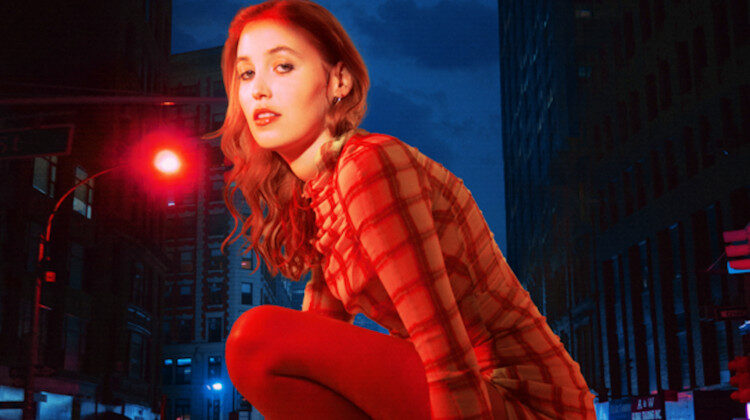 Australian singer-songwriter Hatchie hatches from her shell with her sophomore album, Giving The World Away.

Following the critical acclaim met by her dream-pop debuts, Sugar & Spice and Keepsake, Brisbane-born musician Harriette Pilbeam—better known as Hatchie—hit a creative block, torn as she was between the desire to stop and self-reflect, and the drive to keep pushing forward. Her third release, Giving The World Away, articulates the tension between these opposites: stillness and motion, insecurity and confidence, heartbreak and love. It keeps hold of the swooning dream-pop-shoegaze hybridity of her first two projects, while also graduating from those stripped-back beginnings to create a more multi-layered sonic experience.

“There’s more to me than just writing songs about being in love or being heartbroken — there’s a bigger picture than that,” Pilbeam has asserted. The thoughtful lyricism of Giving The World Away makes this abundantly clear; each song might have been torn out of the pages of a diary, giving the album a romantic bedroom-pop ethos that makes it yet more charming. Heartbreak does play a part in the album with songs like Twin, as does love (Thinking Of), but the twelve tracks are always focused more on the self than on waxing poetic about a faceless, nameless lover. She doesn’t shy away from difficult questions, some of which have no answers (“Do I regret what I wanted?” she asks on The Key, and “When will I start to feel like I’m whole?” on Don’t Leave Me In The Rain), but just hearing her air them out over her spiralling, starry-eyed instrumentals is a comfort in itself.

Hatchie might not always be sure of herself, but her sound is confident in a way that her words aren’t. Lights On kicks off with winding electric guitar and stacked-up drums, its sound not giving any indication of the feelings of insecurity that first set the album’s concept into motion, while The Rhythm sets blaring guitar arpeggios and experimental percussion alongside her signature sound. When she says “Took some time for me to find the rhythm / It’s hard to see but believe in me, it’s within,” it’s easy to imagine she’s talking about her journey to finding her musical style just as much as her journey to finding herself.

The album might go through a number of lyrical twists and turns, and mood swings between sounds, but according to Hatchie, whenever you “fall down, we could get back up” (Lights On)—even if it seems like the only way is up for her from here. “I feel ready to move forward and like I’ve really taken the time to appreciate my accomplishments and appreciate myself a lot more than I used to,” she’s said of the album. Giving The World Away is only further proof that she has a lot to be proud of.