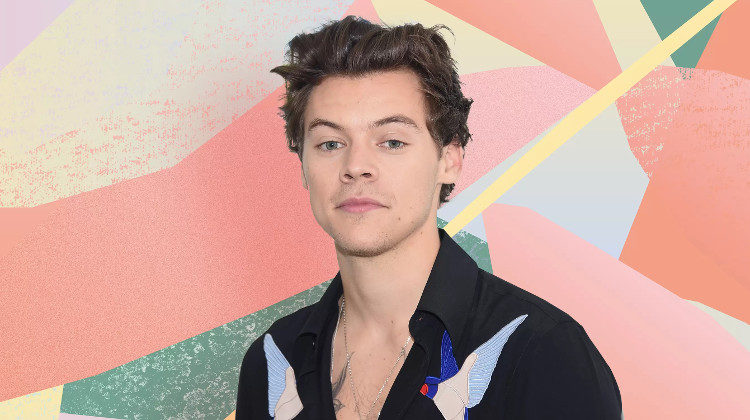 On December 13th Harry Styles gave the best gift to all his fans this Christmas and released his second solo album Fine Line. With Jazz influences, this exciting record shows a different side to Harry and his talents.

Watermelon Sugar and Adore You are both singles from the album which used fruit as metaphors to allow Harry to express himself. This can be seen from the title Watermelon Sugar and the lyric ‘Strawberry lipstick state of mind’ in Adore You. Both songs get you grooving with the jazzy off-beat guitar riffs and catchy choruses showing off Harry’s vocal talents, especially his falsetto in Adore You.

Once the album progresses to songs such as Cherry and Fallen the record becomes more stripped back and raw. Both songs cut deeper into Harry’s life as he discusses his heartbreak in a highly honest way. The lyric “no one to blame apart from the drink and my wandering hands’” in Cherry is such an effective line and the way he has produced it is perfect to the songs aesthetic. Both tracks, (although instrumentally different with Fallen being a piano ballad and Cherry focussing on high acoustic guitar bringing influences from the country genre) are simple yet extremely effective. The emotion of his voice really gets brought out in both these songs and almost makes you feel sorry for him and the heartache he experienced.

She and Fine Line are both 6 minutes long which are double the length of all the other tracks. Fine Line is extremely atmospheric and captivating throughout caused by the instrumentation arrangement and distance of Harry’s voice. She uses slow jazzy chords to express the story. The way this song is written is incredibly clever as Harry transfers from telling a story in the third person to the first person within the chorus, making you understand the situation before allowing it to resonate with himself. His falsetto is extremely controlled in the chorus of this song showing how vocally talented he is.

Canyon Moon and To Be So Lonely seem to have their own little vibe going on in this album with country influences appearing. I can imagine Canyon Moon resonating well with a live audience with lots of opportunities for participation with claps and sing-backs of the chorus “I’m going, oh I‘m going home”. Both of these songs are very easy to listen to without getting boring which can be difficult to create.

Treat People With Kindness is a feel-good song with a great message that everyone wants to be part of. With big build-ups to the chorus and memorable melodies enforcing sing-alongs, it’s an anthem for all people of all ages wanting to do and feel something positive for the world.

This ambitious record touches on all different types of styles making it appealable for all different people. It’s an album which reinforces Harry Styles as an individual, not just a former member from one direction, a label hard to escape but achieved.