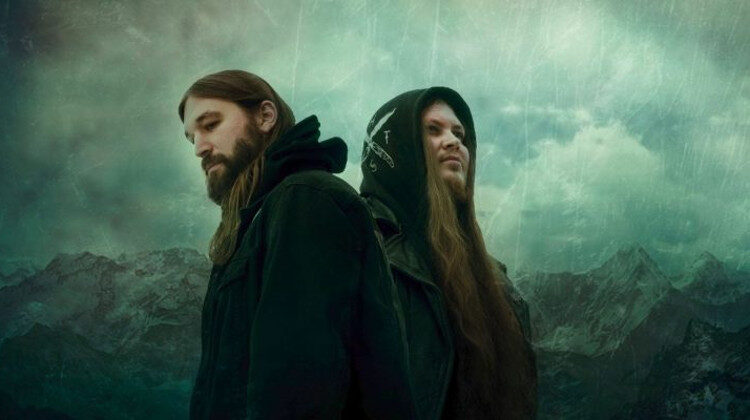 Sing of the emotional dark, harken the void because nihilism reigns as Harakiri for the Sky return with new album, Mære.

It’s been three long years since Arson was released, and everything is worse now. No one could have predicted the tailspin that the planet would be plunged into just a year later, and yet somehow; Harakiri for the Sky have tapped into the primordial energy of a wounded world.

Energy and emotion are two tenants that sing throughout the entirety of Mære: coursing through every vessel of the vitriol with a chaotic, yet somehow controlled, reckless abandon. A scattered symphony that mercilessly scars the listener and refuses to let go as the flames engulf all we ever knew.

Hyperbole aside, it’s challenging to know exactly what speaks to the soul of Mære the loudest. Sing For The Damage We’ve Done could easily be a contender, alongside the trailing majesty of I’m All About The Dusk. The former melding a gorgeous culmination of moody post-rock atmospheric dissonant chords; the intro expressly playing to the strengths of both genres emphatically.

It stands to reason that two of my favourite bands also exist in this class between categories, Alcest and Ghost Bath, the former invocative of the elegance of the combination, and the latter masterfully retaining the bite and bile in equal accord. Harakiri strikes a balance, and a metaphorical match, between both extremes.

A lengthy record of this persuasion, close to 90 minutes all told, the most pressing point regarding the record is how that extended runtime essentially disappears passed the first few minutes. This is especially inspiring when judging the individual merits of both black metal and metallic hardcore as separate beasts; both sub-genres normally ranging around the 30-minute mark, and yet, in true testament to the songwriting prowess of the duo, that time is spent majestically.

Us Against December Skies tells a particularly poignant story that is all too familiar to those who have experienced this kind of loss in our lives; “So, this was us my dear, us against December skies, I’ve spent my happiest days here, carry us forever in your heart.” Sincerity and heart have always been at the core of Harakiri’s ethos, but it may have never been so perfectly expressed until now.

Three Empty Words is a track that resonated with me profusely, I’ve found myself mulling over many of the lines spoken in that harsh hardcore bark; “Let’s drink on our mistakes”. Now, as I evaluate the state of the world around me, somehow Harakiri for the Sky have embodied the modern insidious darkness that permeates our modern world. It’s every bit as frostbitten as Funeral Mist, just as exalted as Emperor, and as blistering as the best of Burzum ever was.