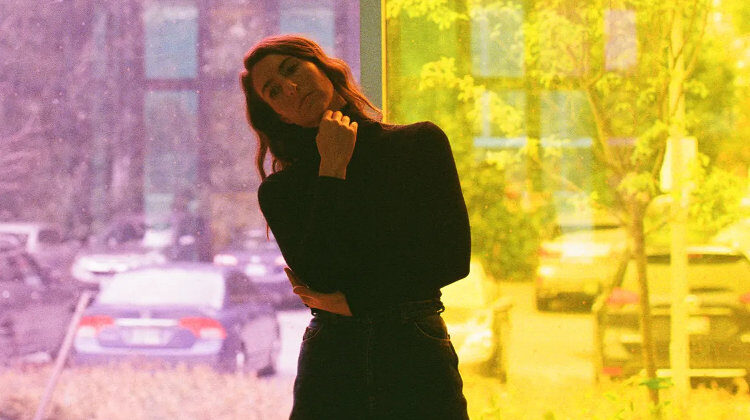 Taking us through her own personal process of getting over an ex, Hannah Georgas’ new, brutally honest album, All That Emotion, is one to make you question everything you ever felt for a lost lover.

This unique singer-songwriter has managed to pull off yet again another great record and put her stamp on each one of the tracks as her bold vocals shine through and turn each lyric into magic.

Easy begins with a futuristic synthy atmosphere which later portrays the pain felt after a break-up and realising that everything reminds you of them. The tension alongside Hannah’s distant yet strong vocals and delicate lyrics allow the listener to feel her pain and revert back to their most painful break-up.

On the other hand, Dreams, yet soothing and easy to listen to, had the ability to build towards a big, anthem-like chorus. Instead, disappointingly, it seemed to stay flat throughout which also seems to happen in Just A Phase. These two songs are obviously anomalies as Punching Bag manages to build exactly how we expect it to and remains exciting throughout from the background whispers all the way to the guitar and drum parts.

The powerful ballad-like tracks also make up for the occasional flat feeling as Cruel is all about breaking free from someone who doesn’t treat you right and finding the power to know your worth. The beautiful piano part and angelic harmonies really add to this uplifting piece and Hannah’s stunning vocal control is just the icing on the cake. A track so simple and elegant yet manages to tingle every nerve in your body.

Something I Don’t Know and Same Mistakes are just as powerful as they show the pain that has been felt. Whilst Same Mistakes speaks from her own experience, the knowledge of ‘what may hurt you now won’t matter in a year’ is mesmerising for her younger audience. We’re then treated to the melancholy track Something I Don’t Know; a pretty song which builds hope that she knows she will eventually be over him.

All that Emotion was obviously a therapy session for Hannah Georgas as she reveals her deepest and darkest feelings but we as listeners are so thankful that she did. With incredible vocals and clear attention to details, we are taken on a journey that we never want to leave. As albums go, this is definitely one to give a listen to.