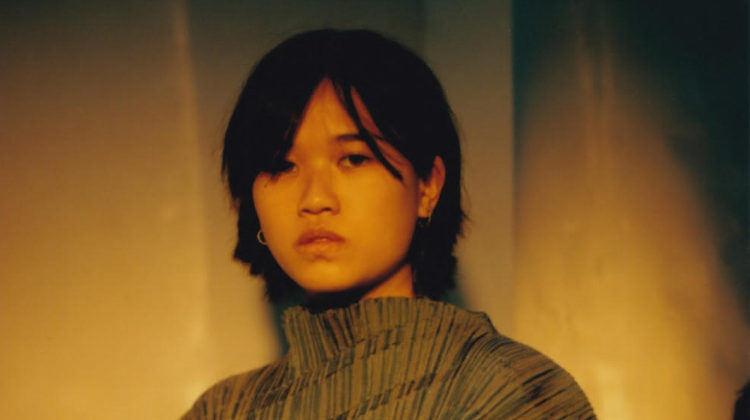 Hana Vu’s third album, Public Storage, is a powerful meditation on the self, change and loss. Her stellar signature sound is one thing she shows no signs of losing.

The cover art of Los Angeles-based artist Hana Vu’s newest album, Public Storage, follows the pattern of the three singles released prior to it—Maker, Keeper, and Everybody’s Birthday, which featured highly-saturated, gritty images of body parts, from an eye, to a hand, to a closed set of teeth. Now the mouth is open, allowing us an intimate look into the human body—just as the album itself does sonically, giving us an unflinching portrait of Vu as both an artist and a person.

It’s rare to see an artist so young with such a strong grasp on her personal style. Public Storage brings forward the 21-year-old’s signature sound from her two previous EPs, 2017’s How Many Times Have You Driven By and 2019’s Nicole Kidman / Anne Hathaway, though with a markedly more consistent sound across the album. Public Storage seems to veer away from the more upbeat, experimental undertones and grainy, lo-fi processing of the latter, though one thing that hasn’t changed is the sheer power of Vu’s low, contralto voice, which speaks—or sings—to a musical maturity beyond her years. Bedroom pop has never sounded so soulful—and while the ‘bedroom’ part can hardly be used to describe the stellar production quality across the twelve tracks, it’s a perfect descriptor for just how personal this album is lyrically.

“Here’s my receipt, here’s all my records / I’ll show you everything that I have to prove,” Vu sings on the title track, Public Storage—and then spends the rest of the album doing just that. Proving oneself and finding one’s place are the album’s most significant themes, whether she’s dreaming of a home as in Aubade (“When I close my eyes / I have a new place”), running away from it as in Heaven (“Heaven, heaven / Never going home, no”), or trying to make it as in My House (“Oh, make my house a home / Or give me hands to hold”). “Can you make me anybody else?” she pleads on the final track, Maker—but as she spent the last eleven songs proving, she doesn’t need the help: she’s a force to be reckoned with as she is.

The lyricism of Public Storage is the album’s greatest strength; as if self-aware, the instrumentation is mostly stripped-back, allowing the words she sings, and the striking voice she sings them in, to take the centre-stage they deserve. Strong guitar and bass lines give a welcome fullness to a select few tracks—Public Storage, Aubade and Gutter in particular. “On my word, kick me up from the gutter to the curb,” Vu drawls on Gutter, the sixth and central track of the album, which in itself kicks the album up a notch, too.

Regrettably, the change in tempo and energy doesn’t last, and while it briefly returns for the standout tracks My House and Everybody’s Birthday, it seems like the polished consistency of Vu’s third album is overall a double-edged sword. Despite the very welcome variation that some parts of these songs provide here and there, there is little else in the way of variety across Public Storage as a whole, and the feeling of wanting more was down to a sense of lack over one of satisfaction.

Still, wherever you draw the line between consistency and monotony, Public Storage by Hana Vu stays just on the right side of it. It’s definitely not an album that belongs in the gutter nor at the curb, or even in the bedroom it was made in—but the question is, where does the next one have left to go from here? At least this album is promising enough that we can look forward to finding out.