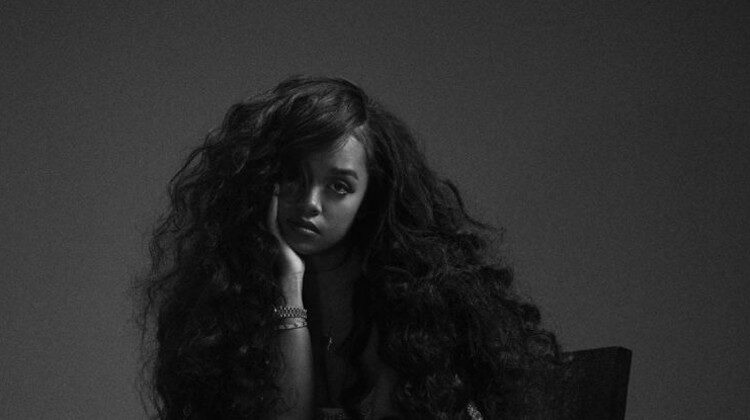 After years of releasing EPs and compilations, H.E.R.’s debut studio album Back of My Mind is here – and it does not disappoint.

Having risen from strength to strength in the past few years, this release is ambitious yet humble through well-thought-out collaborations, a detailed sound world and calculated lyricism. H.E.R. is an artist who is able to be simultaneously understated whilst demonstrating that she knows her worth. Moreover, this release is defined by its poignant humanity and realism, undercutting the haunting and ethereal production that defines H.E.R.’s sound so well.

The most blatant juxtaposition of Back of My Mind is the way in which every track seems to be both calculated and free in its execution. Through the constant presence, haunting production and grounded lyricism, H.E.R. often transcends structural and temporal boundaries, allowing the music to wash over you like mellow, golden hour sunshine. As each track bleeds into one another through extended instrumentals and quasi-improvised outros (We Made It), it becomes abundantly clear that there is an undercurrent of understanding of direction and musicality – despite the constant sense of liberation.

This is further emphasised in the collaborations on this release, as while some artists are there to support (Back of My Mind, feat. Ty Dolla $ign), others offer up alternative sounds of their native genres (R&B from Chris Brown on Come Through) and some work very closely with the lead artist as an equal (Paradise, feat. Yung Bleu).

Despite the ethereal tone of this release, vulnerability and heart-breaking story-telling shines through on every track in the most sublime ways, as H.E.R. uses her grounding voice and direct lyricism to bring out these elements. It is clear on some tracks that lyricism is not always the priority, but on others, it is brought to the fore to deliver poignant and complex ideas and conflicts (“Where you stand, you decide/Destiny doesn’t roll the dice”, Bloody Waters feat. Thundercat).

This is where H.E.R. shines best, with tracks like Damage and My Own taking an introverted and introspective tone. This is extended to relationship difficulties on Hard To Love, when H.E.R. admits her flaws and acknowledges “I can’t expect you to fix all my issues”. To say such things without compromising one’s artistic integrity and appeal requires inner confidence which shines through beautifully.

Even if the more mainstream tracks miss the mark a little (Find A Way feat. Lil Baby and I Can Have It All feat. DJ Khaled and Bryson Tiller), there is very little overall to critique about this release. Back of My Mind allows H.E.R. to clearly execute and convey her musical vision, as well as reveal a vulnerable side to her personality that only alleviates her artistry.