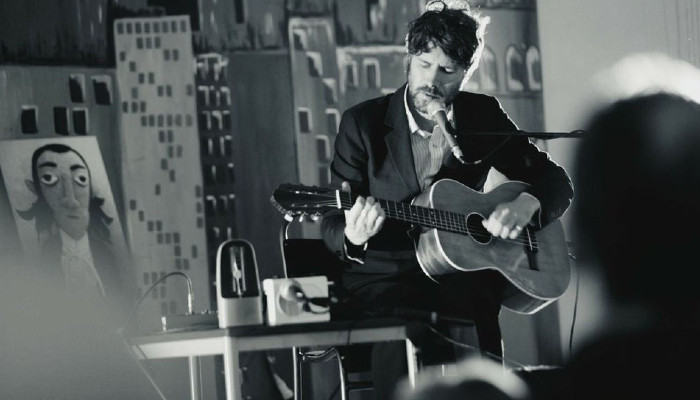 The intrepid Welsh singer-songwriter Gruff Rhys is a restless soul, traversing musical styles and conceptual projects with the frenzied relish of an artist who ceaselessly experiments with medium and message. His previous effort, last year’s lavish, orchestrated Babelsberg was his most consistent solo outing to date, a sobering exploration of the tensions and contradictions of our bile-infected age set to some of his most piquant melodies and opulent arrangements. With his sixth, explicitly South African-flavoured offering, Pang!, Rhys unveils far-flung elements to coax another diversion in style, offering little opportunity for disappointment.

Produced and mixed in Cardiff and Johannesburg by the South African artist Muzi, Pang! benefits from the fresh perspective of an outsider; its barbed assault on socio-political concerns such as fake news, globalisation and climate change and its ice cream van melodies come wreathed in jittery African electronic beats and mellifluous interjections of brass and woodwind. On top of the orchestration, Rhys employs unobtrusive finger-picked guitar playing and lilting, accented vocals (with a couple of verses in Zulu thrown in for good measure) to seduce and charm the listener with his idiosyncratic ruminations on life, society and politics.

The perky title track is typical here: parping brass animates and amplifies an enchanting, knotty melody that rolls on a Tropicalia breeze. The similarly bewitching Bae Bae Bae derives much of its aural pleasure from its hypnotic interplay between steel pans and juddering electronics and the lovely Digidigol pits a charming, upbeat tune against brass fanfares and swirling string charts. Songs like Niwl O Anwiredd (Fog of Lies) and Eli Haul (Sunscreen) express distrust, alienation and eco-calamity via some of his most captivating melodies to date; the former’s trumpet solo is a plangent, lyrical marvel.

It all amounts to a cohesive, open-hearted and summery work that induces goosebumps by the bucketload. By diving headlong into the wistful elegance of folk pastoral and the ebullience of South African and Brazilian sounds, Rhys has concocted a project that brims with his customary dazzling compositional capabilities and a beguiling touch of melancholia.