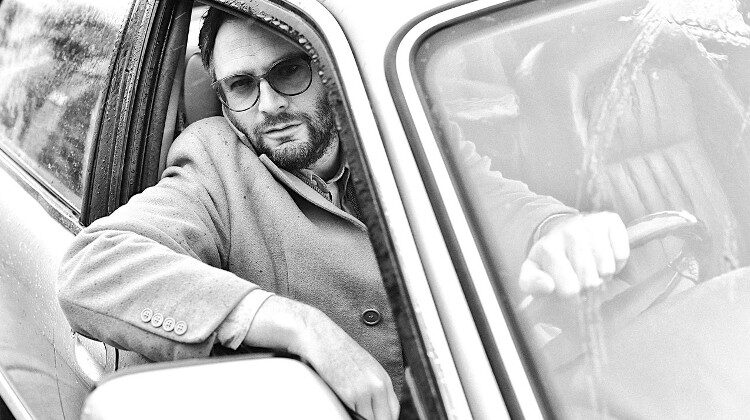 British pianist, composer and keyboardist Greg Foat assembles a richly rewarding, subtly constructed and sterling musical hybrid from a conveyor belt of cosmic, modal and pastoral influences; Symphonie Pacifique is a lush and forward-thinking release that will appeal to open ears from beyond the world of jazz.

The Isle of Wight-born, London-based jazz musician Greg Foat has been ploughing an idiosyncratic furrow over the course of eleven years via The Greg Foat Group, a slew of collaborations and in his own right as a solo artist on a steady flow of releases on the Jazzman and Athens Of The North labels.

Over sixteen meticulously arranged pieces, Foat’s filmic grooves elegantly hit a charming sweet spot where improvisation, composition and cocktail funk merge to thrilling effect. Foat excels as an architect and orchestrator here, guiding proceedings like a Charles Stepney-styled production avatar, and the intricate patterns of his super-tight, brooding music benefit from him taking a step back and allowing his brilliantly sympathetic and multi-generational supporting cast (featuring Moses Boyd, Art Themen, Phil Achille, Eric Young and Clark Tracey amongst others) to bathe his sweeping, circling psych in a gilded shine.

Symphonie Pacifique opens with the mellifluous and lustrous Prelude, a pensive, pastoral miniature that glides effortlessly into your ears. The title track’s broiling groove quickly injects pace and urgency with supple congas, a clamour of keyboards, gleaming harp, pin-sharp slaps of drums and a swathe of skyward choral voices as Foat’s dancing solos carry splashes of inspiration from Ramsey Lewis’s baroque late 60’s work on Cadet, their melodic contours elevated by and festooned with grandiose ornamentation.

The airy, drive-time carpet ride of Yonaguni is a thick storm of rippling piano, space-age bass, punchy and rolling backbeats and rousing voices. The golden-hued lope of Island Life is soaked in the swing of hip-hop and will be earmarked for assiduous crate-digging, as the author’s feathery, Galt MacDermot-like keyboards conjure an exuberant fluidity away from the melody.

Just when you think Foat has smothered his opus with too much flighty skip and digital precision, he plays with your ears again as the electric era Miles Davis-indebted Nikinakinu stutters into view with its rugged, slashing horns and jazz-fusion colours. Likewise, the leaner Man vs Machine evokes the hectic pulse and dynamism of drum’n’bass and concludes abruptly with the precision of an editor’s knife, leaving the listener craving more.

Sprinkled judiciously throughout are a series of pint-sized, quivering string interludes that operate as cooling downs and recall those adorning Chris Bowden’s astro-jazz Time Capsule album from 1996 – Undulation being the loveliest, swelling like the greeting of a sunrise.

Symphonie Pacifique is a warm, varied and declarative record that could catch many a jazz sceptic unawares. Each track generously feeds the next, with Foat’s skilful propensity for genre-bending imbuing his oscillations with grit, drama and verve; sometimes it beguiles with the prettiness of its tessellations, at others it veers close to superior ambient music with extra percussive bounce and heft.