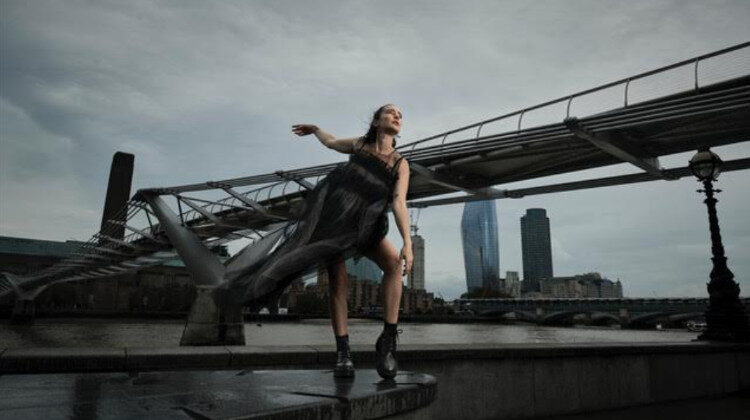 GEISTE delves into impressive flows and genre-defying sounds on the new EP, Retrogrades.

It’s fair to say that GEISTE has swept up traction in the UK music industry over the past year. Following the release of her debut album, Utopia, the St Tropez born songstress was signed to the Liverpool label Snide Records and selected as one of the INES Showcase Festival Network’s 79 talents.

Through her artistic layering of ethereal vocals, emotive lyrics and electronic soundscapes, GEISTE succinctly creates her own dark-electro pop world for listeners to step into. Retrogrades is a continuation of the avant-garde beauty of Utopia, and undoubtedly a delight for fans of Grimes, FKA Twigs, and BANKS.

Alibi is the opening track and feels like the pinnacle of the EP. GEISTE really showcases her technical ability to blend contrasting sounds, as she transcends from mesmerising choir-like vocals in the first half to hard progressive percussion in the second. GEISTE wrote the song after reminiscing about St Tropez when she moved to London and this melancholic longing for a place is very much captured in the vocal delivery.

The crackly atmospheric intro of Twigs immediately grabs your attention, conjuring an image of being alone in a forest or a foggy mountainous terrain. I expected something dark and cinematic to follow, however, it becomes more of a light electro-pop sound, with GEISTE’s high-pitched childlike vocals sounding similar to Aurora. The last minute switches things up though and is testament to the distinct audiovisuals that GEISTE builds through her music.

IJREIATT is unquestionably a track that pushes boundaries and builds up to GEISTE’s most gnarliest percussive layers yet. The screaming bass in the second half enters the genre of future garage or hyperdub, but the track remains true to her distinct style by featuring her angelic vocals and other-worldly, electronic sounds throughout.

GEISTE’s vocals waver with emotion in Tide, as she sings of her feelings of emptiness and sadness whilst waiting for someone to return. The use of electronic instrumentals and drumbeats are dimmed down in this track, allowing GEISTE’s voice to take centre stage and take them to the next level in an interesting way.

Retrograde completes the EP beautifully. The intro kind of feels like what you would hear if a choir of cyborgs performed in space. It progresses into an inky techno/electro-pop track with a bassline that you would probably bop away to in an underground nightclub. Overall, this is an imaginative and technically impressive EP, which deserves a sub-genre of its very own.