Home » articles » Future Islands: As Long As You Are – Review 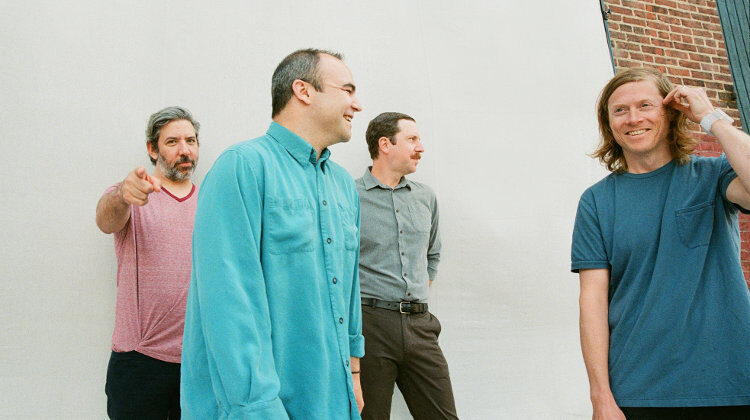 Having plummeted to fame from one viral song, expectations of Future Islands’ albums were already set high and it’s fair to say that they have delivered with this latest release. Although there aren’t any standout singles, all the tracks on As Long As You Are collectively form a rich, expansive and poignant listening experience exploring themes of love, life, and deeply personal issues.

Future Islands’ synth-pop sound is undeniably uplifting and expansive, and this never falters once on this release. Samuel T. Herring has previously stated that he works off feeling and vibe, whilst sticking to key components across all the tracks which includes voice, synths and bass. While there is definitely cohesion and a sense of musical signature across the album, there is still significant variation; with more upbeat and focused tracks such as For Sure, to the gentler free form and spacious songs like Moonlight (featuring the most heavenly, chocolatey low octave doubling in the voice).

What is most defining, however, about Future Islands’ sound is the contemporary, nostalgic timelessness that pervades the vocal style, use of synths and lyrical content. Although some lyrics are so fragmented and disparate that the subject matter isn’t always clear, there is appeal in this at times; allowing these wandering, meandering synth soundscapes instead to carry you through this musical journey and escape the real world for a while.

Despite this overarching appeal, the subjects covered on this album are at times deeply personal and intimate. City’s Face takes a unique angle on failed relationships, exploring how this kind of event can change one’s relationship with a place (“It’s so strange how a person can change a city’s face”). Moreover, Plastic Beach tackles Herring’s personal body insecurities, whilst showing gratitude towards those who have helped him work through these issues. Hidden and more complex meanings can also be found dotted throughout the release: in tracks such as Glada (a type of Swedish bird, alluding to where this song was written and ideas of rebirth of Spring and love) and The Painter (“Fear of black and yellow is pushing in the blue” being more broadly related to race in America and how people perceive the world differently.)

As much as Future Islands’ music is not my go-to genre, this album is an immensely enjoyable experience from start to finish that transcends differences of age and taste, whilst still remaining true to a core sound and touching on a number of deeply personal issues. Moreover, as a cohesive album to listen to all the way through, As Long As You Are triumphs.