Home » articles » FUR – When You Walk Away: Review 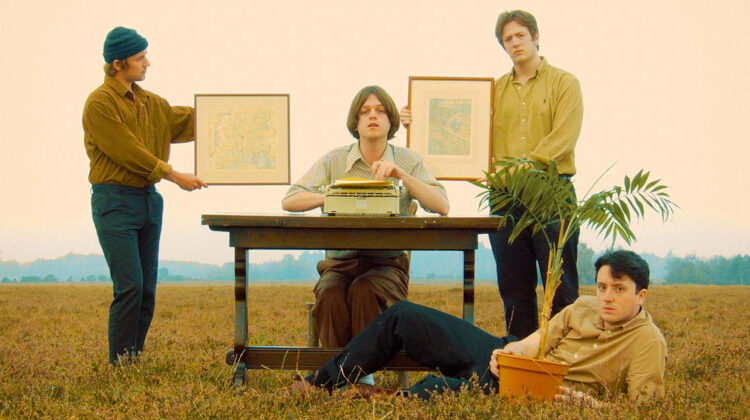 FUR combines introspective, poetic lyrics with a plethora of upbeat melodies in their debut album When You Walk Away – a record that dresses up minor feelings in a major key.

‘All of my life / all the people in my mind / were always so much better than I / could ever be if I tried / I’ve always dreamed of being / anybody else but me.’

Have a read of the above lyrics. You’d be forgiven for assuming that the accompanying music would be relatively mournful to match the less-than-cheerful, self-doubt-ridden subject matter, but on the contrary, this track (Anybody Else But Me) is full of buoyant basslines and carefree guitar riffs underneath the vulnerability.

This is just one song out of many on FUR’s debut record When You Walk Away that encapsulates such an atmosphere. Throughout the album, the band does a wonderful job of getting straight to the heart of what they want to say, resulting in some deeply personal lyrics, without sacrificing the mood of the songs which, for the most part, remain considerably positive. Whilst in a sense this may take away from the overall seriousness of the tracks, it also means that the band allows listeners to acknowledge notions surrounding their own insecurities without making people feel bad about it.

Glimmers of musical and lyrical charm are dotted about throughout the record. No Good For You evokes a pensive tone with its muted, acoustic timbres, whilst the closing track When You Walk Away Part II reprises the opening song in a wonderfully laidback, toned down manner with a saxophone solo in the outro that wraps up the album beautifully. And take a look at the lyrical gem that is To Be Next To Her: ‘A bed of linen sheets is not where you’ll find me asleep / A bed of nails will do, if I can sleep next to you.’ Now I’m not much of a romantic but even I’ll admit that I found this line rather nice.

The album’s shortcomings mainly come down to the fact that the vocals tend to be either a little unclear or overshadowed by the instrumentation at times, meaning that the full impact of the songs is often lost when you first listen to them. Additionally, none of the individual pop hooks musically stand out as much as perhaps I would have liked them to, but this is made up for in huge quantities by the candid way in which the songs’ themes are addressed. If nothing else, this record is sure to get listeners in a pensive mood.