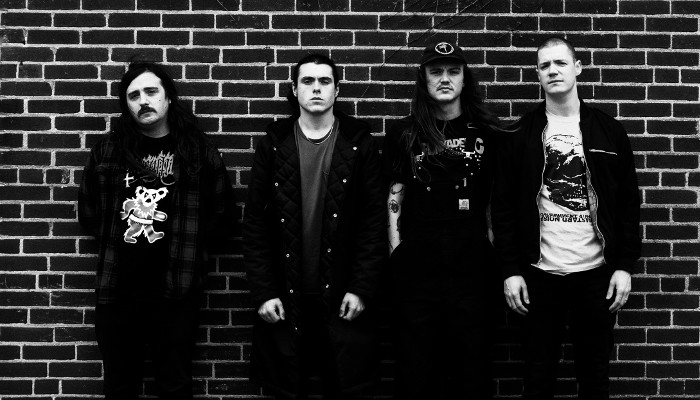 Full of Hell raises the bar with their crushing new release, Weeping Choir.

The evolution of Full of Hell continues with their latest release, Weeping Choir. Following up their last record, Trumpeting Ecstasy, undoubtedly would not be an easy task. Released in 2017, it was a monster. Fast, loud, off the rails, and diverse as it saw the band blend Death Metal and Grindcore in flawless fashion. 2019’s Weeping Choir is Full of Hell’s debut on Relapse Records, and they enlisted the highly acclaimed Kurt Ballou (Converge) to record the album at his GodCity Studio in Massachusetts (USA). While it was clear that Trumpeting Ecstasy would be a tough record to follow up, after listening to Weeping Choir it is just as clear that Full of Hell was up to the challenge.

The record begins in absolutely furious fashion with the first track, Burning Myrrh. Intense, anxious, and brutal. The merciless lyrical delivery is on full display: “Cavern is empty…Doorway is shut…Land is in love…Mingled with grief”. The 2:12 song flows seamlessly into the next track, Haunted Arches. This one picks up right where the last song left off, blending together for just over another minute of mayhem. Thundering Hammers then continues the assault with a slower, crushing opening riff. The song maintains the sludgy pace throughout, brilliantly executed. Rainbow Coil is a pure noise track, with a creepy feel and mind-altering feedback. Aria of Jeweled Tears follows, with a sense of urgency. The track is completely unhinged and devastating: “Hurtling violently towards the sun!” The lyrics slice through you with unparalleled ferocity. Downward is up next, and it simply continues the onslaught. 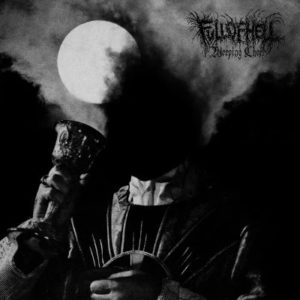 That takes us to Armory of Obsidian Glass, which may very well be the best song on the record. Featuring a guest appearance from Kristin Hayter (Lingua Ignota), this is a sludgy and dynamic piece of music. Hayter’s soaring and haunting vocals hover over vocalist Dylan Walker’s aggressive growl and gives the song a punishing feel. Silmaril is then ushered in at a manic pace and refuses to let up. Angels Gather Here begins with an oppressive and slow riff, and has a Godflesh feel at times: “Gutters swell with the fruit of loose flesh The flowering perfume of gored halos Dead language between burning stars, deciphered, Eternal rapture, eternal rapture”. The lyrics are dark and delivered with purpose. The last 2:34 of the record are comprised of Ygramul the Great and Cellar of Doors. It is chaotic, ends abruptly, and leaves you exhausted.

Similar to their last release, Trumpeting Ecstasy, this record is relatively short, checking in at only 24:47. Dylan Walker (Vocals), Spencer Hazard (Guitar), Dave Bland (Drums), and Sam DiGristine (Bass) have set the bar high with Weeping Choir. Not only for themselves, but for all of their peers. They are breaking genre barriers and creating one of all their own. We’re only halfway through 2019, and this may be my record of the year so far. Not many bands are doing it as well as these guys are right now, and they are showing no signs of slowing down.