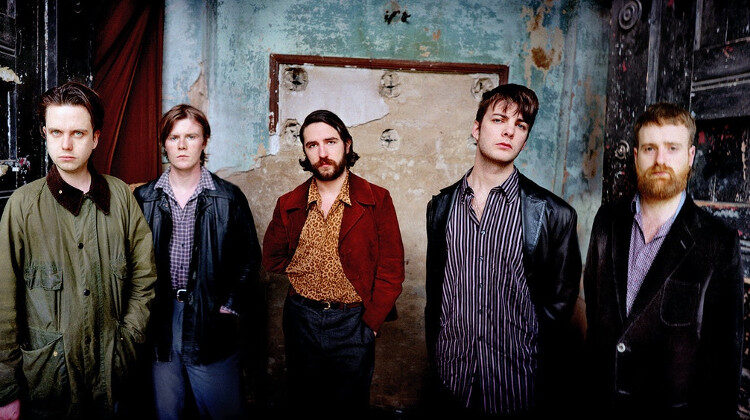 Incoming! Fontaines D.C. release their newest album A Hero’s Death and it’s far from a dull affair, littered with power, pace, and sentiment.

If you love crazy guitar parts and thunderous drums, then you’ll be obsessed with this popular punk rock band. With cool riffs sounding a little like Royal Blood, these members are obviously extremely talented.

Parents and teachers annoying and nagging you? Need to let off some steam? Then this is definitely the album for you. With heavy songs and relatable lyrics about teenage troubles, there’s no wonder this band are only going up. Kicking off the album with I Don’t Belong lead singer Grian Chatten already sounds like he is fed up of his mind’s turmoil as he sings about his inability to fit in. Fontaines D.C have managed to create a safe space for misfits as they find themselves relatable to teens everywhere, one of the many reasons why their loyal fanbase scream at them wherever they go.

You Said and Oh Such Spring strip back from the usual heavy atmosphere that we’ve become used to which is a complete 360 turnaround from the previous songs. These near-stripped songs show the band’s more vulnerable side. In You Said the guitar part sounds like sirens which adds to the picture that Fountains D.C manage to paint as the sad song tries to make you feel something deeper whilst Oh Such A Spring manages to achieve this through their exposed, story-telling lyrics.

Meanwhile, A Hero’s Death, despite the title, brings an upbeat side to the album as the less angry guitar makes you want to get up and dance with the band. Their life advice and positive outlook is portrayed with the repeated lyrics Life Ain’t Always Empty which is a great message to give to listeners involved. A great song that can be imagined in a live setting, allowing people to come together.

The album then ends with No, the longest track timing at over five minutes. This nostalgic song takes you back to a moment, a moment where you have felt like you hit a low point. Nevertheless, this song brings comfort as the band manage to hit every feeling that you would have felt at that time and remind you that life is worth living, especially with the lyric “appreciate the grey”. A beautiful song that should be played everywhere.

Fontaines D.C aren’t your usual punk band. Talking about real-life issues and their relationship with their fans is what makes this album stand out. Using your own journey to help guide others in song is special and Fountains D.C have managed to pull it off.