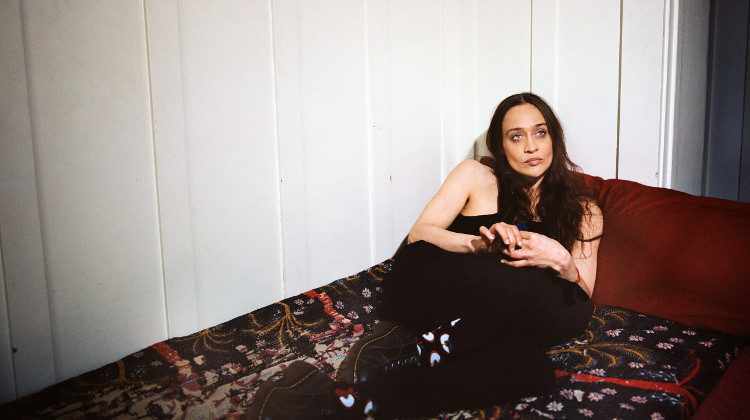 The widely praised fifth album by Fiona Apple, the elusive and iconic New York singer-songwriter, is a self-indulgent, formless and rickety rackety listen that will alienate as much as elucidate.

The Grammy Award-winning singer-songwriter and classically-trained pianist Fiona Apple has something of a slim canon for a recording career stretching back over twenty-four years. The famously reclusive queen of emotional interiors has become synonymous with a baroque kind of eloquence, expert at delineating the rage of OCD, sexual assault, pain, regret and yearnings in her intermittent orch-pop missives. Her stunning, fully-formed 1996 debut as an eighteen-year-old, Tidal, was a feast of chamber-pop and torch songs which established the heart-on-sleeve trope of crystalline female self-empowerment that resonates throughout popular culture to this day. In the past two decades, this original self-isolating folk heroine has largely avoided the limelight, choosing to touch base every five or six years and then disappear again while we chew the fat and agitate over what she’s left us.

Many of those long-time acolytes eagerly awaiting another forthright, unguarded and candid opus of angry introspection, accusatory fury and herculean social censure will not be disappointed by Fetch The Bolt Cutters, a musically cluttered and lyrically defiant album that’s been described as a perfect quarantine LP. However, some will find it more difficult to climb onboard a ramshackle, hoarse and stark soundscape grounded in a percussive thrust that was more hesitantly essayed on previous LP, The Idler Wheel…: long gone are the plush arrangements, wistful piano reveries and serene, featherlight melodies of yore to be supplanted by a breathless, kitchen-sink approach of field recordings, kitchen utensils, wooden blocks and discordant pots, choral chanting, bits of metal, drumsticks and yelping dogs. Tom Waits’ Swordfishtrombones and the early work of Tune-Yards both spring to mind as reference points throughout a bracing, noisy and colourless record whose admirable willingness to strike out in chaotic directions which ape the over-heated frenzy of the human brain– peculiar intros, outros and tempo changes, acapella segments, shrieking vocal gymnastics, rattling and gonzo banging – is rarely matched by any of the phrases, melodies, pleasure and poetry afforded by the embattled balladeering of her previous output.

Apple’s new material, recorded over several years at her home in Venice Beach, Los Angeles, dissects such topics as toxic masculinity, psychological warfare, sexual assault, female solidarity and jealousy. The album’s curious title is a call to arms that directly quotes from a scene in The Fall when Gillian Anderson’s cop calls out the phrase after discovering a locked door to a room where a girl has been tortured. These haphazard, angular and undercooked songs – yelping, scatting, rapping and vomiting about everything from a culture of social media influencers, patriarchal entitlement and hate-speech to the very concept of being controlled, coerced and silenced by society – come underpinned by a discordant arsenal of percussive handclaps, dog barks and indistinct creaks which detract from, rather than animate, the wrathful thematic concerns.

Recorded with a select coterie of luminaries including Sebastian Steinberg of jazz-rockers Soul Coughing, Cara Delevingne and Amy Aileen Wood, Fetch… is a purposefully confrontational album whose raw, howling and hiccupping eruptions draw attention to their own sense of artifice and restless, unsteady juggling of musical forms; shards of blues, hip-hop and R’n’B are served as inflections which appear ready to collapse inwards at any moment. The sobering, eyebrow-raising bluntness of the lyricism and deftness of wordplay (“You raped me in the same bed your daughter was born in”, “I resent you presenting your life like a fucking propaganda brochure, “Your face ignites a fuse to my patience”) are juxtaposed with a hyperactive, squealing clatter whose skewed, carnivalesque delirium could summon anxiety and irritation rather than the elevated buoyancy and high-wire bravado Apple is aiming for.

Within this album, Fiona Apple and her conversational brand of rough-edged scorn and bitterness is bound to polarise; where some critics see a genre-bleeding, incantatory expurgation of insidious political discourse from a sing-song cheerleader of MeToo protest and a poet of house arrest, I can only witness a wayward, under-powered pop-up book of an album whose limited and crude charms are grating and galling over the course of a whole album for this listener. It’s not something I will return to, lacking as it does the rousing ballast, unvarnished emotional intensity and restorative depth of her earlier work; something more plaintive, lilting and, yes, beautiful in our perplexing times would have been welcomed by these ears. We sure need beauty in times like ours.