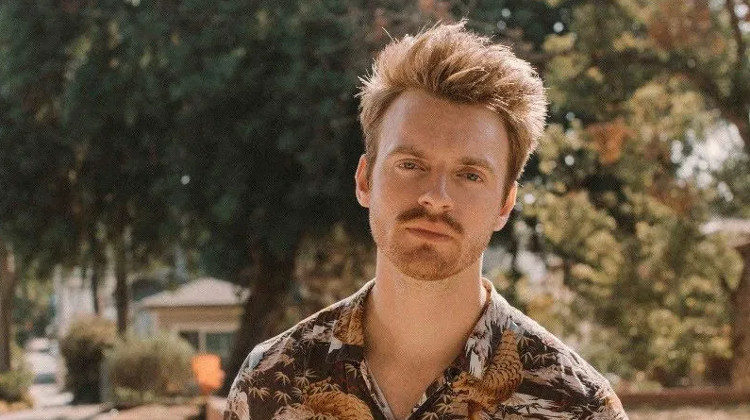 FINNEAS has been on fire in the music industry, already being nominated for five Grammy Awards before his twenty-third birthday. As the co-writer and producer of one of the breakout records of 2018, When We Fall Asleep, Where Do We Go, released by his sister Billie Eilish, FINNEAS showed immense talent. His Grammy nomination for Producer of the Year makes him the youngest to be nominated for the award, beating Lauryn Hill who was twenty-three when she was nominated. Aside from his work with Billie Eilish, FINNEAS has released several singles and has completed a sold-out North American tour. He has also been busy working with other artists as a producer, including Ashe and Selena Gomez. Now he will step into the spotlight as a solo artist with the EP, Blood Harmony.

The record opens up with the heartfelt and thought-provoking track, I Lost a Friend. The vocal delivery and arrangement of the song is fantastic and gives a comforting vibe whilst being extremely listenable. The lyrical delivery is soothing, and gives a sense of longing…”I know I’ll be alright, but I’m not tonight.” A nice modern-day ballad and a strong opening for the record.

Shelter is next, this one taking on a different direction as it gives off a little bit of a Justin Timberlake vibe. Catchy melody, classic California hand claps, and his big voice are all on display.
Lost my Mind is a wonderfully written song with beautiful lyrics. The song structure isn’t breaking new ground, but it really hits with potential with fantastically poetic lyrics: “Am I in your head, half as often as you’re on my mind?”. This is a nicely written song and a good listen.

I Don’t Miss You at All and Partners in Crime are well-produced tracks and both very catchy. The songs have a different feel individually but flow together nicely on the record. His production style really starts to be defined as these songs progress through their soundscapes.
Let’s Fall in Love for the Night is a simple pop song and a mainstream gem. His vocal phrasings again are reminiscent of Timberlake, and the JT – style falsetto also making an appearance. As is becoming standard for this release, the lyrics are again very good and delivered well.

The EP finishes up with a lovely and haunting track, Die Alone. The lyrics and vocal delivery are a thing of beauty. “I wasn’t lookin’ for you, but you found me, you found me”…the song has a romantic tone and really makes you think. The lyrics sound as if they were penned by someone with much more than twenty-two years of life experience and they hit deep: “You asked me, “Do you wanna die alone, Or watch it all burn down together?” I said I’d rather try to hold on to you forever”. This is a massive song and a lovely way to end the record.

FINNEAS releases Blood Harmony with a clear pop direction which stands in contrast to the anti-pop vibe that was shown on the Billie Eilish record he produced. For me, this shows that he is comfortable in his creative vision for his own records, and can seamlessly transition to accommodate the style of the artists that he’s producing. His talents are undeniable, and this EP is evidence that he can grow further. It’s a strong record and gives him a pathway to solo success along with his Production work. With a start like this to his music career, it shouldn’t take long before he is a household name.