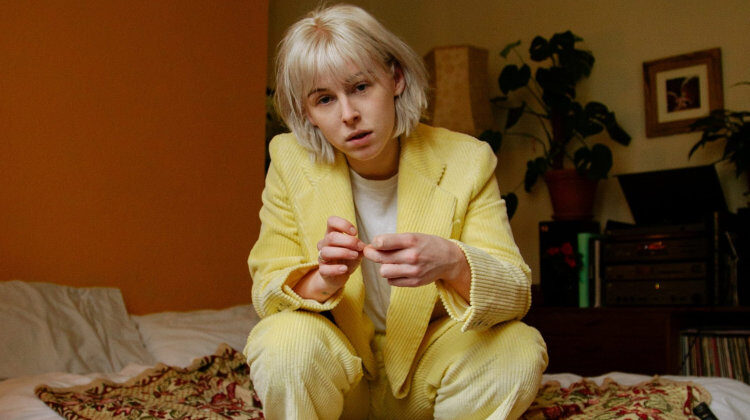 Singer-songwriter Fenne Lily releases her second album Breach at just 23-years-old. Filled with mature messages and issues, we venture through the difference between being alone and feeling lonely alongside identity struggles through her meaningful yet melancholy lyrics that we just can’t get enough of.

Berlin begins with romantic sentiment and a hint of lethargic energy. However, despite that being a common feature throughout this record, the electric guitar section lifts the song and takes it to a whole new level. A smooth transition that is needed to not only push the song along but to also show the two different sides of Lily’s life.

As the passionate singer-songwriter that Lily proves herself to be, touching lyrics are a prominent and necessary feature in her tracks. Laundry And Jet Lag uses smoking as a metaphor and the lyrics “Gave up smoking when I was coughing up blood, when I started feeling better, I took it straight back up” is an extremely emotional part that sets the tone for the rest of the song. Accompanied by orchestral string instruments, this track is definitely one of the most touching and well thought out tracks one the album. If you are looking for a way to let out your emotions then this is definitely one to watch for.

As well as the painful lyrics, storytelling in Fenne Lily’s songs are common. I Used To Hate My Body But Now I Just Hate You is a powerful title and the narrative lyrics allow the listener to fully understand her ongoing feeling of worthlessness despite trying her hardest to do everything right, forming a bond between Fenne and her fans.

A big feature that many artists are using in their albums now are interludes to help transition their record. Breach follows this popular trend as Fenne has carefully plotted short tracks to shift the mood, disguising a feeling of abrupt or misplaced tracks. 98 could possibly be the most attention-grabbing of them all as it’s filled with a sample of what can be assumed as Fenne Lily as a child talking to her dad. Blood Moon is a gorgeous acoustic track that brings the album back to her roots, showing that you don’t need anything flashy or dramatic to make a song valuable.

Overall, Breach is clearly very important to Fenne Lily and if you like vulnerable songs with a bit of history behind them then this is definitely an album to relax to. Breach is an example of simplicity being enough.