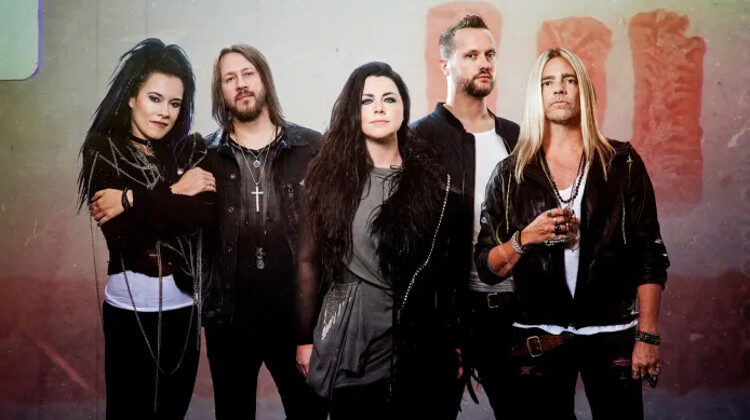 Evanescence release new album The Bitter Truth which isn’t quite the record we had hoped it to be, but still has glimpses of excitement.

Once again, Amy Lee’s stunning vocal performance does not disappoint throughout this album – unfortunately, however, it’s hard to say the same about the rest of the record. Though it is the band’s first album full of entirely original music in ten years, there doesn’t seem to be much in terms of development throughout the tracks which, with a few exceptions, very much blend into each other to produce an album that is a little on the lacklustre side of things.

The record opens with a silky, atmospheric introduction in the form of Artifact/The Turn which, after a couple of minutes of build-up, transitions smoothly into the following track, Broken Pieces Shine. It has to be said, though, that from here on the album is mostly forgettable. The melody lines and instrumentation have a generally gothic feel to them but on the whole, are somewhat lacking in the substance that makes Evanescence the band that it is.

That said, we do occasionally catch glimpses of something more exciting throughout the record. The punchy drumkit and bubbly synthesisers in Yeah Right are a welcome change of tone compared to much of the album, and elsewhere the soaring vocal lines in tracks such as Better Without You and Feeding the Dark work well against the backing instrumentation.

The politically-charged single Use My Voice is the standout song on the record, with an angry, epic-sounding chorus that certainly brings back more classic Evanescence vibes and saves the album from sounding as though it belongs to just another gothic rock band. Meanwhile, Far From Heaven is also worth a mention as the only ballad on the album, and one that showcases Lee’s impressively haunting voice particularly well.

In general, however, whilst The Bitter Truth is by no means a bad record, it feels as though something is undoubtedly missing. Few of the tracks stand out and no amount of relistens could make me bring myself to love the album as much as I had hoped to. The band have not lost their flair, but for now Lee’s vocals – which remain powerful as ever – are pretty much one of the only redeeming factors on this particular record.