Home » articles » Evan Wright: Sound From Out the Window – Review 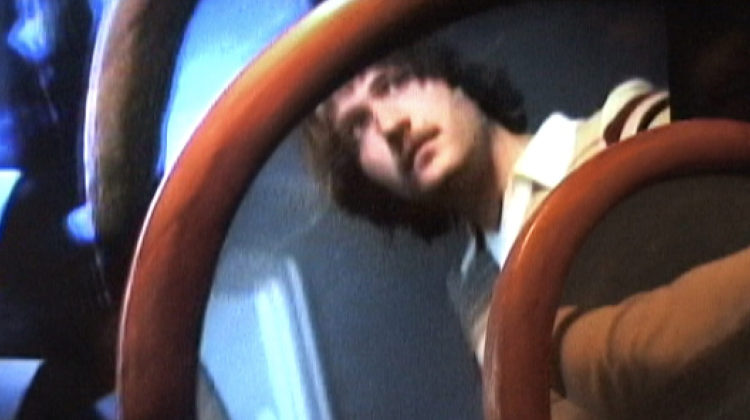 Evan Wright delivers a uniquely personal blend of indie-psychedelia in his debut album, Sound From Out the Window.

New York-based singer and songwriter Evan Wright’s new album takes listeners on a melancholic voyage, skilfully combining an array of instruments with soothing vocals. Sound From Out the Window features a multitude of unusual sounds and textures, created meticulously by manipulating cassettes and tapes. The record is produced solely by Evan, predominately in his New York apartment.

The album begins with People, a single released earlier this year. The lyrics reminisce past memories and the sadness of not being able to relive them again: “Oh what’s the good in that? To Know you can’t go back. To a time, memories in your mind.” Reversed guitar and wobbly piano loops introduce the listener into some of the unconventional sounds that run throughout, and the harpsichord riff underlying the track is a welcome surprise.

Soft vocals, smooth acoustic guitar and pleasing synth melodies form another well-rounded track in IDM. The song is about not letting everyday frustrations ruin your day, inspired by experiences of being on a delayed train: “I sit and wait ‘cause I have nowhere to be. I can’t be late if I’m waiting on me.” Perhaps we should all take note the next time we miss a bus or get stuck in traffic.

The album continues in gratifying fashion with Just a Sign. One of the more minimal tracks which comes alive in the chorus. Turn the Other Way is one of the more upbeat songs, despite sombre undertones of friendships ending and falling apart with loved ones. A more conventional drum beat is paired with a 12-string guitar and Evan’s trademark warped sound effects, incorporating multiple layers without sounding too cluttered or messy. Following this is title track Sound From Out the Window, another example of the artists’ ability to write meaningful songs from everyday influences.

As we delve deeper into the album, Change and Morning Light offer even more warm and calming vibes, epitomising the mood of the record. They both include mellow guitar and vocals so gentle they are almost whispered into the mic. Sound From Out the Window concludes with On the Line and Ride. The latter being one of the albums’ highlights, gradually layering bass, piano and drums as the track builds up to a fitting finish.

Whilst many of the themes in Sound From Out the Window seem solemn, it still feels warm and uplifting. Evan Wright blends each track seamlessly into the next, flowing like a continuous journey. It’s a record to put your feet up and listen to after a long and stressful day. Considering it’s entirely self-produced, you can only applaud the work that’s gone into what is a deeply personal and moving debut album.