Home » articles » Enter Shikari: Nothing Is True & Everything Is Possible – Review 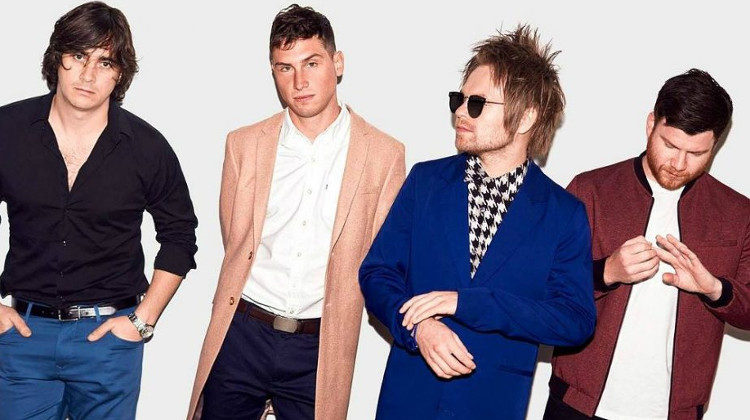 Enter Shikari have been on the music scene for quite some time now, and new album Nothing Is True & Everything Is Possible calibrates their ability to create tracks that immediately make the listener anticipate more. There’s no wonder that the band is still a soaring success.

The Great Unknown is an anthem for those awaiting their saviour. The synth rhythms throughout the song are exciting and heighten the effects of their mental state to the max. A frantic feeling for a delirious mind ready to move a million miles an hour. Crossing The Rubicon and The Pressure’s On has a ‘The 1975’ feel with pop sections making you want to dance and sing along, even to a darker message. The instrumentation organisations, especially in the pre-chorus of Crossing the Rubicon is expertly executed and builds to the chorus perfectly making it easy to imagine yourself listening to this in a live setting, also heard in Modern Living.

After hearing the first two songs it’s easy to try and predict what the rest of the album will sound like. However, it is interesting to hear songs like The Dreamers Hotel and T.I.N.A which take a much angrier and heavy approach. With lyrics like “I’m going on a rampage”, in The Dreamers Hotel, the occasional screams and rapid tempo tries to represent mental turmoil and does, of course, sound like a violent riot.

Elegy For Extinction is a completely unique song within the record. Sounding like something you would find in a fairy-tale, the grand, classical atmosphere of this track gives the listener a taste of something new. However, it’s not all beautiful as the darker ending represents the darkness of a villain showing that nothing is exactly how it seems. Satellites acts as a love song, the only major love song on this album. The distinction between distant and bold vocals is extremely effective and the drum hits in the pre-chorus set you up for a catchy chorus that you can’t help but dance along to.

Waltzing Off The Face Of The Earth is a bold song. Telling the listeners that the world is a messed-up place and not to listen to everything you are told. The fun-fare and waltz vibe make you feel like everything is a hallucination as a sense of rebellion is provoked. The last song on the album has the same title but is a slower, dreamier remix which ends the record in a trance-like state. They are finally at peace after all the disturbance in their lives has been confessed.

All of the tracks on this album feel like hits and although many are different from one another, they make sense together with an ongoing story. There is no stopping Enter Shikari and once again, they have pulled it out of the bag.