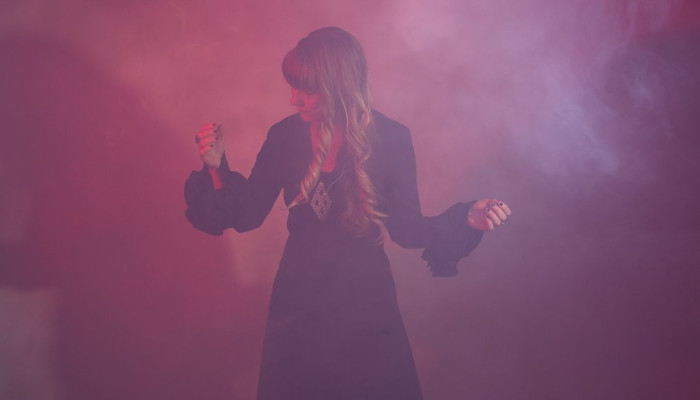 Emily Jane White holds a mirror to our face with her latest release Immanent Fire, a dark reflection of our destruction of Earth that is a pleasant stare into the abyss.

Coming from a state riddled with wildfires in recent years, it is fitting that Californian folk musician Emily Jane White’s new album is titled Immanent Fire. Co-produced by Anton Patzner, Emily’s sixth release is a dark and haunting reflection of modern times, melting a concoction of emotions into an utterly unique experience.

The overall tone of Immanent Fire is introduced in the first track, Surrender. Opening with an arpeggiated electric guitar, lap steel, and vocals, It’s a gloomy and atmospheric track, with the eventual reverb fuelled hits of the drums showcasing the great epic that is about to begin. At points, it is extremely modern sounding, but it would not be out of place in a sixties Hollywood Spaghetti Western – something that is clearly the inspiration in the anthemic intro of the following track, Drowned. 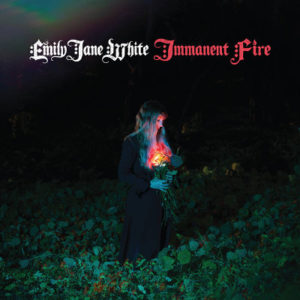 Though Immanent Fire has dark undertones throughout, Washed Away (the lead single of the album) is by far the most heartfelt. Emily Jane White describes the track herself as an ode to nature, with our reliance on technology forming a disconnect “directly linked to the climate crisis and ongoing destruction of the planet”. Having such a heavy meaning behind the song, it’s no surprise Washed Away is substantially difficult to listen to emotionally. The drums, multiple guitars, and keys keep the track beating on, whilst the striking violins and Emily’s precious-yet-haunting vocals weave beautifully around each other in a dance, fully immersing you in the desired landscape.

Musically, Immanent Fire is not an easy album to listen to in the slightest. With a lack of pop sensibility, there is no longing to revisit the album for a second time, even though it gives a cinematic experience that would not be surprising if picked up by an upcoming film. This is not to discredit it as a wonderful work of art, but it is a journey difficult to travel and recognition should be given to the exceptional musicianship and production in creating a landscape so powerful. By mixing traditional instrumentation with synthesisers and samples from the natural world, Immanent Fire is an album that will leave you staring out the window even after the needle reaches the last groove.