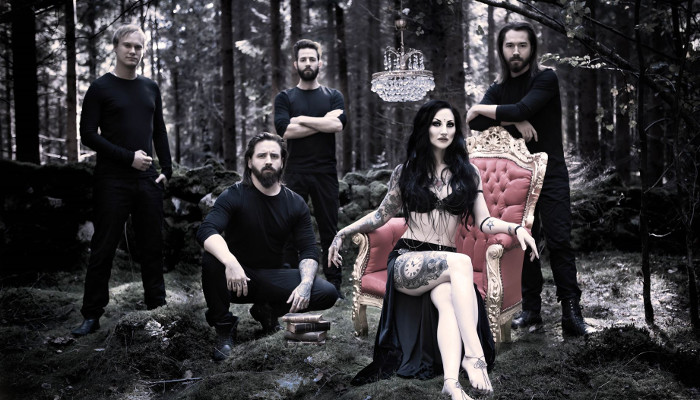 Eleine brings a huge and atmospheric sound to their latest release EP, All Shall Burn.

In late 2011, vocalist Madeleine Liljestam began working on a symphonic metal project which fell into place about a year later. Guitarist/songwriter Rikard Ekberg joined Liljestam and Eleine was born. They released two singles in 2014, before unleashing their debut record, a self-titled release, in 2015. In the few years that followed, the band stayed busy releasing a single, starting their own record label, and playing several high-profile shows, including a tour of Sweden with metal legends W.A.S.P. Eleine’s second record, Until the End, was released in March of 2018 to mostly favourable reviews. On the heels of that release, they were able to land nice festival dates and an opening slot on a tour with Arch Enemy. 2019 has been busy for the band as well, playing several shows and working on their latest EP, All Shall Burn. 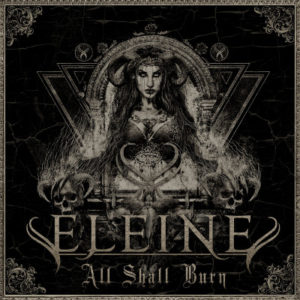 The EP opens up the heavy and melodic track, Enemies. There is a dark and orchestral vibe to the track with clear, arena-anthemic qualities. It opens big and features an excellent guitar tone and catchy vocal arrangement. The song is well-layered and has incredible musicianship. Enemies also has a great energy making for a strong beginning to the record.

The title track, All Shall Burn, is up next and breaks in with a theatrical intro. I’m talking about something that sounds straight off a film score. Madeleine Liljestam simply has a huge voice, with an almost Disney princess-like quality to it. The vocal parts delivered by Ekberg in this song are also very professional and talent-laden. It’s a very well-written song and has tremendous structure and listenability.

Mein Herz Brennt – translated to My Heart is Burning – has a musical delivery similar to the previous tracks and again is very theatrical. This band should really score movies, seriously. I’d really like to see them venture into the soundtrack world as it could be a very cool fit.

Hell Moon (We Shall Never Die) continues the theme; put the standard movie track narrator voice over this music and it’s a perfect fit. A symphonic version of the title track then closes out the EP.

Eleine brings a heavy, symphonic brand of metal to this record. The talent on display is unquestionable and the songs are well written and arranged. It is a fine record, but one that, for me, will translate much better in a live environment. The dynamics and orchestral qualities will definitely fill a room and make for an entertaining and energetic live show. To sum it up, it’s a good record with the potential to make for a great live performance record.