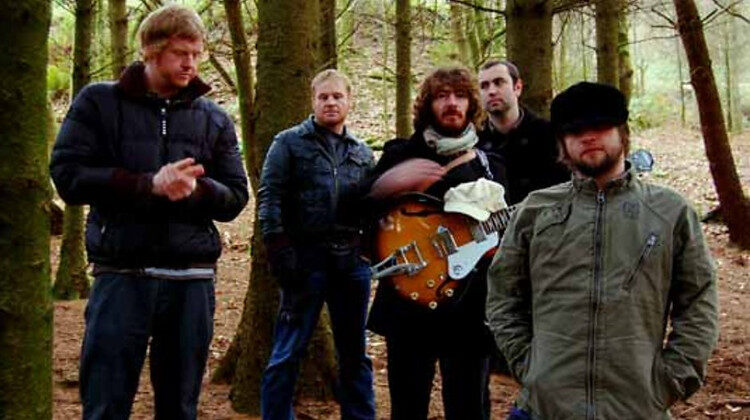 El Goodo impress on new album Zombie, bringing in a late 60s psychedelic rock sound that has a few unique twists of its own.

El Goodo are the masters of pessimism who describe themselves as a “lazy Welsh psychedelic band”. With only three albums released so far, El Goodo are careful about the music they release with tracks covering such varied subjects as life, death and the attitude that everything is going literally to the dogs. Zombie was named after lead singer Pixy Jones’ departed dog, and this feeling of loss but also carrying on comes through in the music.

The Grey Tower reminds me of very early Beatles crossed with the storytelling style of The Kinks and covers the mundanity of everyday life: “If I’m dying while I’m living”. The lyrics are miserable but the tune is so jaunty and carefree you barely notice the irony. The track also dips in and out of different styles of music so you almost get four songs within one in much the same way as The Beatles in Abbey Road. This approach to songwriting makes El Goodo’s music intriguing and engaging.

The Baneswell Blues is once again a very sixties sounding track and reminds me of Manfred Mann. It’s almost as if this band have raided their Mum and Dad’s record collection and taken soul inspiration from it. Home just sounds like The Monkees. Younger listeners may not get these references, but ask your Mum and Dad or even your Grandparents.

Bizarrely, El Goodo don’t look anything like they sound. You would imagine them in smart buttoned-up suits but they look more like a bunch of unkempt heavy metal roadies but the interesting thing about El Goodo is they are one contradiction after another. Oh My is a slow languid track not dissimilar to The Beatles A Taste of Honey and Sounds Good to Me feels like The Shadows.

Older listeners will feel a pleasant nostalgia throughout the attitude of this album and younger listeners will have their curiosity aroused about this album’s sixties music roots. It might inspire them to listen to records that stretch back in history and discover a whole new world of music.

Zombie is an enjoyable album with clever twists and turns of irony and pessimistic humour.