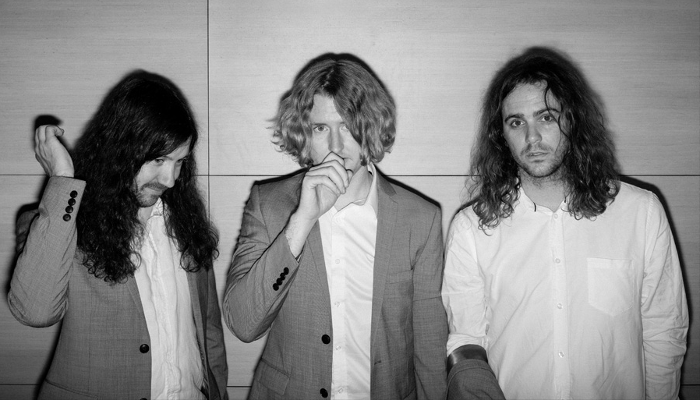 Just one year since the release of 2018’s Bloody Lovely, Australian rockers DZ Deathrays return with a new outlook on their musical process. The former two-piece of Shane Parsons and Simon Ridley, have now added Lachlan Ewbank to the group, taking a shot at producing a two-part album. Strangely, Positive Rising: Part 1 is released before Part 2 has even begun recording, so how does it work as a standalone?

The alternate approach is instantly heard on the opening track Hi Everyone. Having a continuous drone for the first half of the track, as well as being sparse on all instrumentation, it is already different from any previous release of theirs. The song then bursts into a rocky groove. This groove is reminiscent of early Kasabian, but without the natural swagger –though to be fair to the band, you can’t easily replicate the cool of Serge Pizzorno. However, the gradual build of layers and noise is stunning, and is a perfect gateway to the punky rhythms of the first half of the album, begging to be played loud and performed in sweaty venues with its irresistibly fun energy. 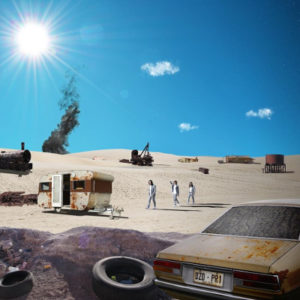 DZ Deathrays are seemingly trying to develop a narrative with their choice of tracklisting, with side A concluding with Hypercolour – another spacious track that alongside Hi Everyone brilliantly bookends the first half. Miro Mackie (St. Vincent, The Neighbourhood, Asha Jeffries) seems to have produced the album with vinyl in mind, as there is a clear A and B side to Positive Rising: Part 1, which is vastly different on both sides, whilst still remaining cohesive. Tracks such as Snakes focuses more on melodies, as opposed to heavy guitars, and is the first true introduction of sincerity to the album.

The addition of new member Lachlan Ewbank is most noticeable in the second half, with the band finally allowed to branch away from the restrictions of being a two-piece. Parsons himself states that the addition of Ewbank allowed him to “concentrate a bit more on being a vocalist” and “approach things from a vocalist’s perspective”. It has obviously benefitted the album, as Parson’s vocals sound more authentic and controlled than ever before, whilst retaining his signature breathy-rasp. Despite the improvements vocally, lyrically Positive Rising: Part 1 lacks the spectacular and isn’t particularly ear-catching. However, thankfully for a rock-n-roll record, this isn’t necessary – with DZ Deathrays being more Stooges than Dylan after all.

Positive Rising: Part 1 is an album that is well thought-out and produced, and the band have positively made an effort to evolve musically. Though it is not ground-breaking by any means, DZ Deathrays have managed to hold onto the rawness of their previous releases, whilst providing enough diversity throughout to open themselves up to a wider market. Hopefully, public reception will not influence Part 2 too much artistically, as it will be intriguing to see why they were so intent on producing a two-album opus.