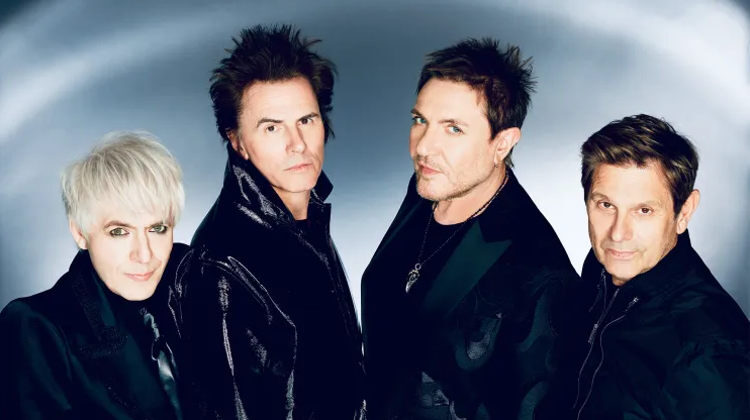 Duran Duran certainly deliver with their addictive new album, FUTURE PAST – loaded with masterful lyrics and some truly stellar sounds.

You know how most albums have a few tracks that you always tend to skip? Well, FUTURE PAST is not one of them. In fact, I personally couldn’t get enough of this record. It’s the kind of album that enables you to discover something new each time you hear it: a hidden synthesiser, a vocal harmony, a lyric that takes on an entirely new meaning once you’ve listened to it enough times. Lead vocalist Simon Le Bon says of the album’s title: ‘In every second you live, you are creating something that, in the future, will be the past. “FUTURE PAST” is another way of saying, “The Present”, and of reminding us to “Live in the moment.”’

I’d say that the tracks on FUTURE PAST don’t just allow you to live in the moment, though – instead, you get completely lost in it. The song TONIGHT UNITED serves as an example of such a track with its biting percussion, motivating lyrics, and catchy counterpoint melody in the chorus. Meanwhile, the tunes in BEAUTIFUL LIES are nothing short of hypnotic, whilst the track NOTHING LESS contains some truly atmospheric layering.

Additionally, just when you think that FUTURE PAST can’t get any better, the record has no shortage of guest appearances that just add that little bit extra. Tove Lo features on the song GIVE IT ALL UP, a sublime, synth-laden tune that sees her and Simon Le Bon duet beautifully. The chorus in this track has got to be one of the most elegant melodies on the entire album – not to mention Le Bon’s vocal runs in the final ‘for you’ are just exquisite.

Meanwhile, the bubbly, uplifting track MORE JOY! features Japanese rock band CHAI, whose light vocals contrast well with the heavier bass and percussion that drive the song forwards, whilst rapper Ivorian Doll makes an appearance on HAMMERHEAD and pianist Mike Garson – best known for his work with David Bowie – adds a romantic touch to the ending track FALLING, which in turn showcases Le Bon’s vocals in a way that none of the other tracks do.

All in all, I genuinely don’t have anything bad to say about this album. No track is wasted, and I don’t think the record could get any more complete if it tried. Sonically and lyrically, an absolute gem.