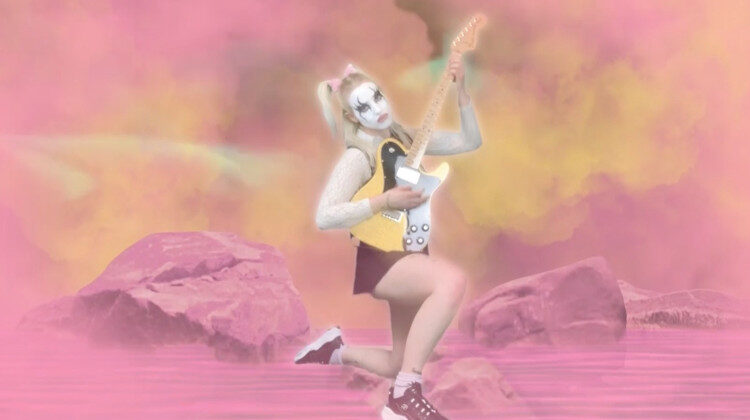 Du Blonde takes herself in a new, genre-blending direction with new album, Homecoming.

Recorded in Du Blonde’s bedroom in London, Homecoming serves as half an hour’s worth of smooth harmonies and grungy guitar lines, with even some shock rock vibes in places. Despite this, Du Blonde states that the record is very much pop-driven, describing how she ‘eventually came to accept that what [she] was making was pop music.’

The pop factor is exemplified in the single Medicated, featuring Garbage’s Shirley Manson. A memorable number with glossy vocals, its straightforward lyrics address the topic of mental illness: ‘You can’t just put a brain into a cast.’

Elsewhere, the most entertaining song on the album no doubt comes in the form of Smoking Me Out. In this eccentric track, Du Blonde’s voice is curiously distorted as she sings lyrics such as ‘Leave the towel in the shower, I’ve got fresh ones in the dryer’, before later declaring how ‘Together we’re just two sorry burgers of human meat.’

Du Blonde notes how the song started out as only a chorus (and a catchy one, at that), saying of the track:

‘I kept going back to it but every time I tried … I wasn’t feeling it. It got to the day before we were going to mix the record and I thought “fuck it, let me just put an octave pedal and some distortion on my voice and see what comes out”. The spoken lines you hear in the verses are the first takes I did, totally ad-libbed. When I got to the line about leaving the towel in the shower I was in hysterics … but when I heard it back I just thought it was perfect.’

Meanwhile, Undertaker features a rolling, pulsing bassline and drums that drive the track forwards, whilst Ducky Daffy has a more classic grunge atmosphere about it. Elsewhere, the closing anthem, Take Me Away, is particularly notable for its slow, stripped-back tone compared with the rest of the album’s explosive pace.

On the whole, Homecoming is an interesting record. Whilst there isn’t quite enough musical variety within the tracks for my personal liking, it is nonetheless an enjoyable album to listen to. What’s more, many of the songs would not seem out of place on the soundtrack to a TV show or a film.