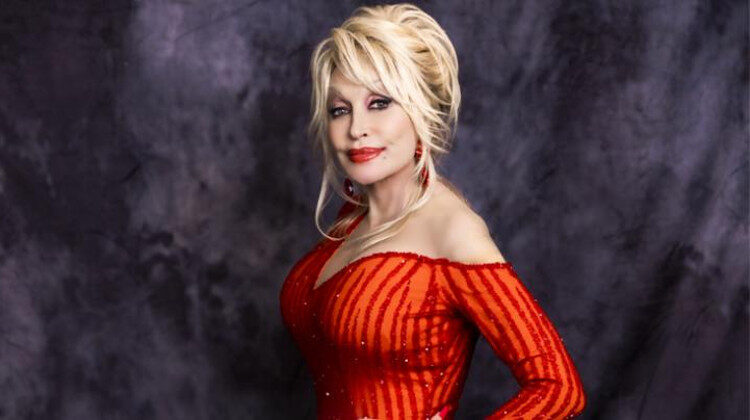 Christmas seems to have arrived early this year, as we review our second yuletide record in as many weeks. This time world-renowned icon Dolly Parton releases A Holly Dolly Christmas, her first full-length Christmas album in 30 years.

Dolly Parton has compiled a whopping 3000+ songs in her back catalogue, and she shows no signs of slowing down with the release of A Holly Dolly Christmas. The 12-track album sees Parton singing some of the classics with a country spin, as well as some new originals with some famous voices appearing on the way.

The Queen of Country partners with the King of Christmas (Michael Bublé) in Cuddle Up, Cosy Down Christmas – an undeniable album highlight. It’s a reimagined, and unproblematic, rewrite of Baby It’s Cold Outside, displaying a jazzy discussion between two lovers about snuggling up on a winter night. It’s a lovely feel-good track that could well turn into a modern classic.

Parton remains at her best when passing on the kindness that makes her such a beautiful person. She falls back into the role of Hannah Montana’s Aunt Dolly as Miley Cyrus joins her for Christmas Is, another original track about how “Christmas is a time for caring”. She also duets with Billy Ray Cyrus in Christmas Where We Are. Her family collaborations really embody the spirit of Christmas… or perhaps it was cheaper to get a family deal?

The chorus of the track Christmas On The Square highlights the importance of togetherness over the festive season: “Christmas on the square / everybody’s there / laughing, singing bells are ringing, snow is in the air”, while banjos and fiddles dance around a steady jingle bell backing. The use of banjos seems slightly overdone throughout the album, especially in the remake of Mariah Carey’s All I Want For Christmas Is You, in which Parton finds an unlikely partner in Jimmy Fallon. However, Fallon giggling like a schoolboy through the sweet back-and-forth duet deserves a gush or two, and excuses the country gimmicks.

The sparse texture and intimate vocals of Circle Of Love allow the singer’s voice to shine above the softly picked guitar. Her light, soothing lines wrap around the song like a fine ribbon around a promising-looking present plucked from under the tree. The same thing can be said for You Are My Christmas, with the serene harmonies between Dolly and Randy Parton being the standout feature of the song. Mary, Did You Know?, the final track, is pretty but it doesn’t linger in the memory.

At times the album can be fairly predictable, with the same acoustic country stylings showing up on every other song. Predictability isn’t usually a good thing, but a familiar voice of compassion and comfort is very much welcomed in a year of chaos, and Parton delivers just that.