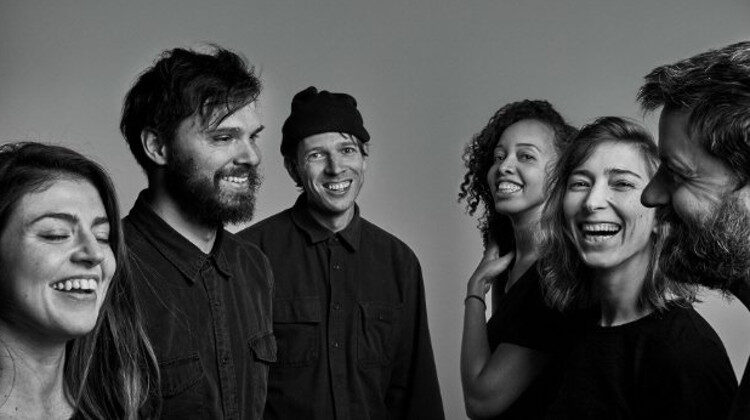 Flight Tower is the second in a planned run of five EP releases for Dave Longstreth’s Brooklyn-based glitch-art-rock collective. Now bolstered by the presence of Maia Friedman, Felicia Douglass and Kristin Slipp – all venerated musicians in their own right, with their own projects on the go – the 2020 version of DP constitutes an official ensemble outing for the first time since the early 2010’s.

Centring on the caramel-smooth vocals of singer, keyboardist and percussionist Douglass and clocking in at just over ten minutes, Flight Tower sidesteps the folky balladry of March’s Windows Open and plumps for the tactile sensations and splintered surfaces of skittery boom-bap and glitchy R’n’B without sacrificing any of the material’s rousing immediacy and musicality.

Setting the mood for a widening of the instrumental palette is Inner World, a slow, swaying and humid jam flooded with woozy keys, plucked guitars and prickly synth patterns, decorated by samples of a dog barking and cars revving. At its heart resides a classic Dirty Projectors melody, guided by crisp chords and ornamented by Douglass’s sincere smouldering, yielding to apprehension in the lyric: “Where is it taking me? I can only know, yeah/After the tides recede and we are free to grow/Inner world.”

The slinky pop smarts of Lose Your Love drink from a well of knotty, lovestruck R’n’B, an ebullient balm carrying a peppier hook and a strong groove. There are bursts of plinking piano, giddy harmonies, whirling production clicks and stuttering, metallic percussion; it leaves you wanting more.

The second half of the EP adopts a more dissonant and jarring turn, with the soulful juggernaut of Self Design layering samples of harp, Harry Belafonte and Ravel and fidgety digital vocal manipulations over the snap, crackle and pop of a rugged hip-hop beat. Likewise, the concluding, fussily constructed Empty Vessel envelops the listener in its lush serenity, as meditative, drone-like keyboards and wobbly vocal pitch-shifts allow texture and experimentation a free reign.

Flight Tower represents a clarion call to the imagination, embedding themes of transition, connection and catharsis within tipsy rhythms; it’s a blend of artisanal effusion and mixtape doodle which gestures at something emboldened and fully-formed.