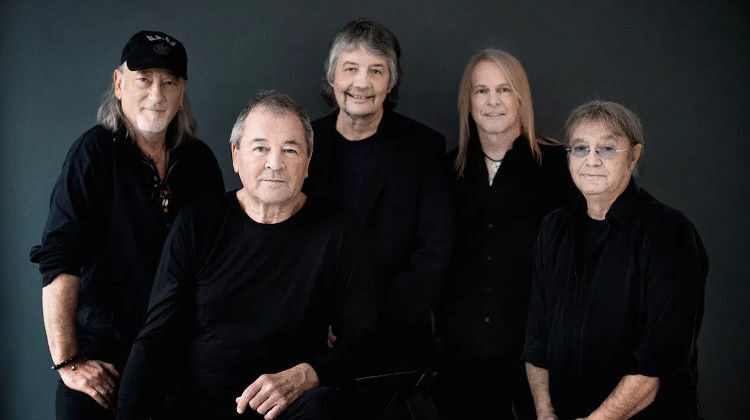 The modern music industry may be in a constant state of change and uncertainty, but the timeless charm of Whoosh!, the newest album by Deep Purple, is proof that great artists can withstand the test of time if they combine vintage with innovation.

Whoosh!, Deep Purple’s 21st studio album, is a classic hard rock record with glimmers of psychedelia and a lot of fun. The strong opener, Throw My Bones, kicks off with chunky guitar riffs, dynamic drums and eerie synth drones. Drop the Weapon then comprises rocking riffs and soulful organ, leading into the traditional sounding We’re All the Same in the Dark. It feels like it could have been written 45 years ago alongside their old hits Smoke on the Water and Highway Star – a classic track to keep the spirit of old rock alive.

The band really puts the deep into Deep Purple in this album, especially on track Nothing at All, with lead singer Ian Gillan pondering, “I’ll deal with it another day / If I close my eyes it will go away / So bottoms up boys, and what do you say? / Really, it’s nothing at all”. Meanwhile, drummer Ian Paice underpins the busy guitar riffs with a steady, rocking groove – one of the things that keeps Deep Purple at the top of their game.

The band restores energy levels with No Need to Shout, a spirited song with a notable keyboard solo from Don Airey. Following this is the rather simplistic-yet-impressive Step by Step.

The vigour and verve of the track What The What has listeners transported back to the 50s with a very Little Richard-esque personality. The slightly overdone rock’n’roll piano can be forgiven since the rest of the song is pure fun. The same atmosphere is continued into the next song. It’s a safe bet that The Long Way Round will be one for the car stereos, headbanging away to heavy guitar riffs in the rush hour traffic or belting out the chorus while speeding (safely) along country roads.

The mysterious atmosphere created by The Power of the Moon shows yet another side to the group, with a dark but mesmerising chorus. Ominous tones continue into the opening of the following track Remission Possible, particularly in the bass.

Then we come to Man Alive, progressive sounds and hypnotic vocals eventually build into bursts of distortion and power. The album comes to a close with the instrumental And The Address, and the contrastingly electronic-inspired Dancing In My Sleep.

The onomatopoeia of Whoosh! Is a very fitting title, sounding like a big rush of energy. There is a lot of power in this album with many songs deserving of a place in a possible future greatest hits album. Rock is proving to be an ever-lasting force in the music industry. May we all be rocking out in our 70s like Deep Purple.