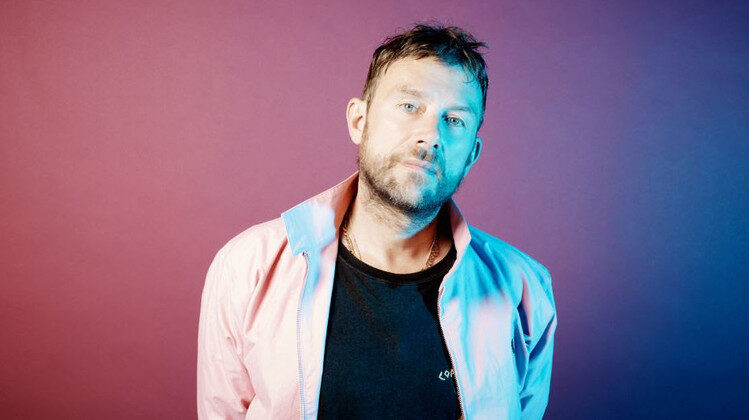 Damon Albarn reminds us that powerful performances are still all about the music – not the bells and whistles.

In the past year, I’ve seen Damon Albarn play four times and no two shows are alike. There’s no denying he’s a born performer and has a presence that captivates the room; be it bouncing around the stage with the likes of De La Soul and EARTHGANG in trackies, or crooning over the lilting tones of a theorbo and a lute.

And once again, last night’s performance at the Barbican was something altogether different. Playing each track off his latest solo album, The Nearer the Fountain, More Pure the Stream Flows, in complete succession, the evening was almost thespian in its melodrama and surrealism. There was not a Blur or Gorillaz track in sight.

From the moment he takes the stage almost until the very end, he doesn’t utter a word to the audience and opens with the new release’s title track – a haunting tribute to friend and collaborator, Tony Allen – in near complete darkness. Despite a croaky start, Albarn finds his flow and comes to life for Royal Morning Blue, the auditorium bathed in a timid indigo light.

As he sits at the piano, commanding his little orchestra, there’s a sombre note in the air. More than once tears were brought to eyes as Albarn painted an honest picture of life, with all its ups and downs. He succeeds in creating an atmosphere – you feel rude whipping your phone out to take pictures, that harsh light killing the melancholic vibe.

The setlist is broken up with curious interludes – soundscapes of tweeting birds, pained and groaning strings, strange whispers, and even a humorously large bugle thrust in the faces of the front row.

Every sound echoed off the walls; the dissonant, staccato sax of Combustion thundering furiously from the hands of Mike Smith, inspired by the stark landscapes of Iceland; Albarn’s effervescent keys along the smooth sounds of The Tower of Montevideo, as Seye Adelekan flailed around the stage.

We are treated to a riveting rendition of Polaris, stripped back and slowed, before exploding in a tumult of strings, percussion, and horns – Albarn even whips out his signature melodica (what show would be complete without it!); and finally concludes with three previously unheard outtakes.

Although the night is wistful, there’s a sense of joy. Shared laughs, rhythmic claps and a whole lot of whooping and hollering from a crowd transfixed by a man whose sheer love for music is contagious.